Asks to set up system to allow only low-polluting firecrackers. 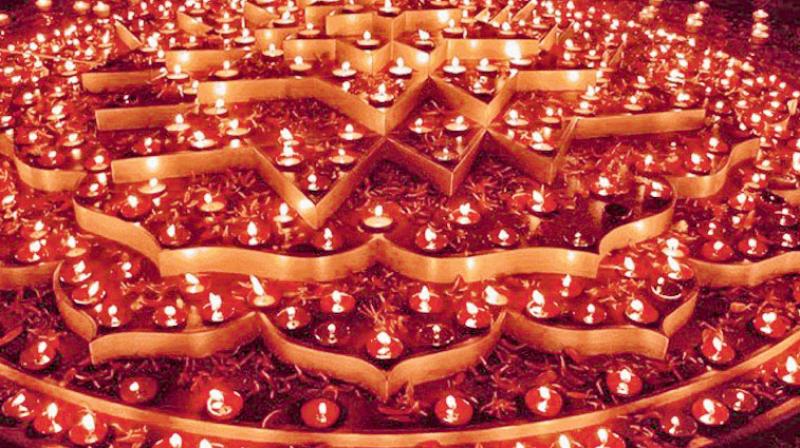 The report also said that Delhi and its surrounding areas were not so green as they used to earlier and emphasised that the felling of trees has adversely affected the biodiversity. (Representational image)

New Delhi: Noting that every year after Diwali the air quality goes from bad to worse in Delhi, a parliamentary panel has asked the Central and Delhi government to chalk out a mechanism for allowing manufacturing of only low-polluting crackers.

The parliamentary stan-ding committee on air pollution observed that each year during Diwali, cheap crackers are burst, often manufactured using toxic chemicals and while the government has banned the import of Chinese crackers and confiscated the available stock, “much more needs to be done in this regard”.

“The committee, therefore, recommends that the Central government, in consultation with the concerned state government, should chalk out a mechanism whereby the cracker manufacturers are allowed to manufacture only low polluting crackers,” the report, tabled in Parliament on Tuesday, said.

It also said that the Central government should consider issuing firm guidelines with regard to the chemicals to be used in crackers by the manufacturers for minimising their adverse impact on the environment and human health.

“The situation was such during the last few years that Delhi was sheeted in a toxic smog that forced the closure of schools, power stations, construction sites, etc.,” it said.

In October 2017, the Sup-reme Court had suspended the sale of firecrackers in Delhi and NCR till November 1, 2017, in a bid to test whether a Diwali without firecrackers that year will have a “positive effect” on the health of the citizens and a steadily deteriorating air quality.

The report also said that Delhi and its surrounding areas were not so green as they used to earlier and emphasised that the felling of trees has adversely affected the biodiversity.

“While, on one hand, Delhi is waging a war against air pollution, on the other, trees, which play a very vital role in reducing one of our biggest environmental problems, are being indiscriminately felled in the name of developmental projects,” it added.

The committee’s comments comes in the backdrop of various protests by Delhiites over the move to cut down trees in seven South Delhi colonies for developmental projects.

The panel recommended that the development projects should be revisited and the project proponents of these should be requested to submit revised proposals with minimal  requirement of tree felling.