The student elections came to a halt after the murder of a student activist during elections. 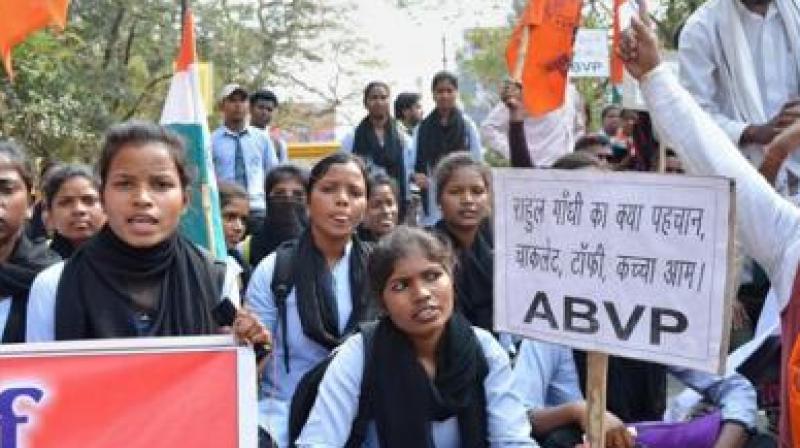 The ABVP claims it had been following up with the education minister for the issue over the years. (Representational Image)

Mumbai: With the student council elections in university campus set to return, student wings in the state are elated, especially the Akhil Bhartiya Vidyarthi Parishad (ABVP), which is affiliated to the Bharatiya Janata Party (BJP).

The student elections came to a halt after the murder of a student activist during elections. After this, class toppers use to decide the university representatives, but there was a demand that the elections be brought back.

Yadunath Deshpande, senior leader of ABVP, said, “Since 2005, we have been demanding that open student council elections should be held. We had even met Rajesh Tope, the then-education minister, our demand was that if there is a need for change, there has to be active participation of students in all fields including elections.”

Mr Deshpande further said, “We welcome the decision, but only if they agree to hold open elections; if they don’t, we will oppose this. We haven’t read the full Act, so we can’t say much.”

Meanwhile, this particular move will also be a test for many other political parties who have student wings, especially the Shiv Sena’s Yuva Sena, which is headed by Sena scion Aaditya Thackeray and MNS’s Maharashtra Navnirman Vidyarthi Sena.

Pradeep Sawant, a former senate member of the Mumbai University and senior Yuva Sena leader, said, “It is a good thing. This will make the university accountable for issues that are not being solved. We are very happy with the decision and it was very much needed.”

Currently, the Yuva Sena and MNVS rule the university. Until a few years ago, the students’ council was held by NSUI, the student wing of Congress. However, things changed, in the last few years, with Raj Thac-keray’s MNS gaining popularity amongst the students and even Aaditya Thackeray attracting students.