He also reminded the government of the promise to give reservation to the Dhangar community and Muslims that was sustained by the court. 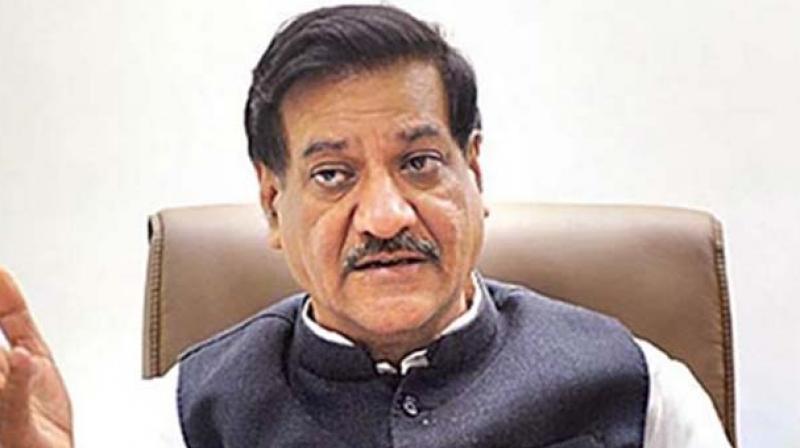 Nagpur: Demanding strong steps from the BJP-led government for Maratha reservation, Congress leader Prithviraj Chavan tried to claim credit for the reservation given to the community during the Congress-NCP regime. He even reminded the government of the promise to give reservation to the Dhangar community and Muslims that was sustained by the court.

“The chief ministers before me had promised but I made it possible after assuming the office of the CM in the state. I studied the issue for two years. We were busy with the Lok Sabha polls and then Assembly. There was no session of legislature then to pass an act. But I issued an ordinance for 16 per cent reservation for Maratha and five percent for Muslims. I even formed a committee for Lingayat community reservation,” Mr Chavan said.

On the various measures taken by him for the reservation, Mr Chavan said that he had appointed the Narayan Rane Committee to conduct a survey and give recommendations. “I chalked out a timetable to gather data to show the social backwardness of the community. The Rane committee was given the responsibility and the work went on for 11 months. I thank him for the job. I also took meetings for the Dhangar community. Fadnavis had promised reservation for Dhangar community before the polls. But after coming to power nothing has happened,” he said.

Blaming the BJP government for not representing the government’s side in the court properly, Mr Chavan said the advocate general’s post is still vacant. “The government’s side was not strongly iterated before the court. It is the responsibility of the Fadnavis government to give reservation to Marathas and also to Muslims,” he added.