Leading activists to suspect existence of a conspiracy to destroy mangroves in the area. 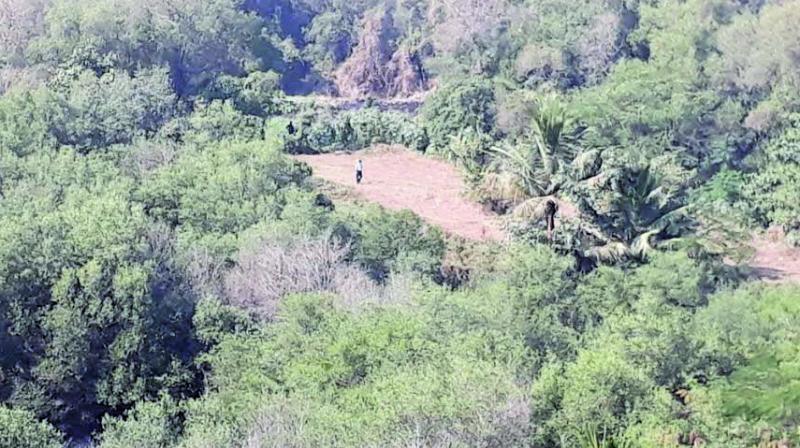 Harish Pande, a member of New Link Road Residents’ Association, said when he tried to check the spot, the fire brigade sealed it.

Mumbai: A stretch of mangroves in Dahisar caught fire on Wednesday evening and it wasn’t till after 3pm the next day (Thursday) that the blaze was doused, leading activists to suspect existence of a conspiracy to destroy mangroves in the area.

Harish Pande, one of the members of New Link Road Residents’ Association of Dahisar said that when he tried to check the spot, the fire brigade sealed it and told him that the fire had been almost doused.

“Just 500 metres away from the fire, debris was being dumped along a patch and this issue was even taken to the Lokayukta and the matter is now in court. People clearing patches in the area have an ulterior motive and need to be stopped for the sake of conservation of mangroves,” Mr Pande said.

Mr Pande further said that the fire brigade that was dousing the fire had to call in more fire tenders as water from its tankers was over. In May this year, the Lokayukta had visited Dahisar to discover the extent of mangrove destruction in the area. The same month, close to 500 residents had staged a protest against the land mafia and private bus operators who were responsible for wiping out mangroves covering half-an-acre of land. At the time, local police arrested a 36-year-old plot owner only to release him on bail.

“It seems to be a ploy to show patches of land as not being mangrove belts and then going ahead with construction plans,” said Mr Pande. A senior citizen who did not wish to be named said that it was unlikely the fire broke out at the spot it did for this was not an easily accessible place. When contacted, Vijay Kambe, ward officer, R North ward, did not respond to The Asian Age.