6 absconders using WhatsApp and another application to communicate, cops believe. 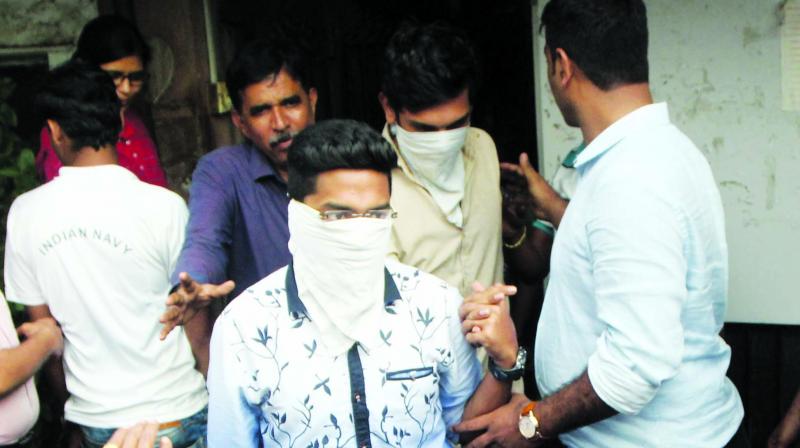 The Thane police revealed that a team of five IT experts were tracking the movements of Thakkar and his aides.

Mumbai: The Thane police, which is probing the call-centre scam has written to the authorities of two American firms that provide mobile applications for video chat and instant messaging to seek details on six key accused in the case who are absconding.

The scam pertains to allegations that employees of nine Mira Road-based call centres had extorted from US nationals in the name of that country’s tax and immigration authorities, said police sources.

The police approached the firm to get cyber identity particulars and telephone numbers belonging to the six accused who are key aides of the scam’s mastermind Shahagir Thakkar alias Shaggy, a police officer said. The six were named in the police’s supplementary chargesheet filed in a local court last week. While the six accused in the call centre scam are yet to be traced, the Thane police has found that they are using WhatsApp and another video chat application as a means of communication to avoid detection, said the officer.

The Thane police revealed that a team of five IT experts were tracking the movements of Thakkar and his aides. The police said that through certain sources it had been able to get a few mobile numbers and email ids that were being used by the accused.

One of the officer from an investigation team said, “Since Sagar (Thakkar) fled Ahmedabad, we haven been tracking his location constantly. We came to know that some of his aides are in touch with Thakkar. There are others who are helping these people and with the help of the WhatsApp numbers and email ids conversation we will nab every culprit. Thakkar is constantly changing his place within two days. He was earlier in Dubai and then in Iraq. He changed places twice in Dubai itself and then went to Iraq and later shifted to a Central Asian country. Now, he is in an European country.”

The officer further said, “Thakkar is said to have gone missing after he purportedly came to know about the Thane police’s raids on four call centres in Mira Road on October 4, whose employees were extorting US citizens. Thakkar probably left the country the next day. The Thane police team is interrogating several other friends of Thakkar. They also picked up Thakkar’s aide who is helping the police to get his current whereabouts and activities.”

The Thane police busted a major scam wherein call centres were allegedly duping US nationals of thousands of crores of rupees for the past one year. The employees were used to contact the US citizens telephonically via VOIP (Voice Over Internet Protocol) in the name of the American tax authority, Internal Revenue Service (IRS), asking for penalty payments in lieu of alleged taxation-related irregularities.

The Thane police filed its chargesheet in the call centre scam on Friday. The crime branch submitted the chargesheet in a session’s court in Thane. Police officers said that as three different cases were registered in this matter, three chargesheets had been filed.