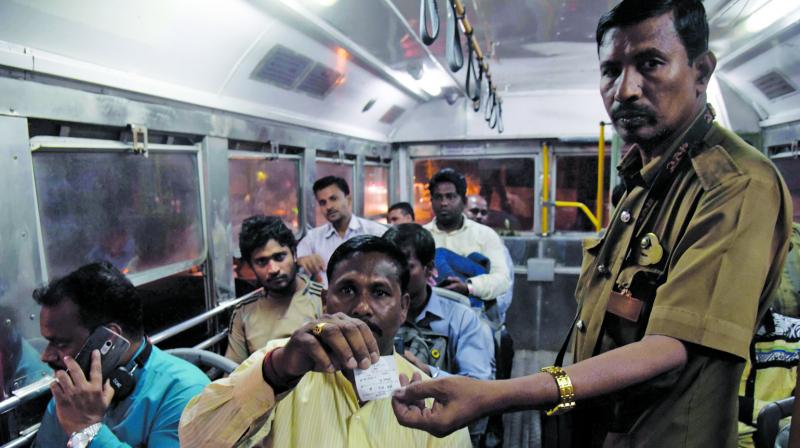 The undertaking has introduced a Rs 1.75 crore proposal to print card tickets.

Mumbai: In a surprising move, the Brihanmumbai Electric Supply & Transport (BEST) has brought in a Rs 1.75 crore proposal to print card tickets. This comes after the company supposed to provide handheld devices to print tickets experienced nearly 60 per cent failure, causing the BEST to return to old paper tickets. The fresh paper tickets will be of denominations Rs 5, Rs 10 and Rs 20. The current paper tickets are based on the old fares, with the highest-priced ticket worth not more than Rs 4.

BEST panel members lambasted management after the revelation that around Rs 23 lakh had already been spent on tickets after machine supplier, Trimax, failed to fix the machines following failures a year ago. BEST panel member, Suhas Samant, alleged that not just 60 per cent but 90 per cent of the machines were deemed useless, and there weren’t enough tickets to give commuters who then ended up enjoying free rides. “Right now, we are able to provide only 10 per cent of the commuters a ticket through Trimax’s handheld devices.

The remaining are all paper tickets with grids and different colours for each slab. As we do not have enough of the old paper tickets, we end up giving less than half of the 90 per cent tickets and most people enjoy a free ride. Our ticket checkers are helpless too,” he said.

BEST general manager Surendrakumar Bagde said, “I think the committee members should look at the proposal in its entirety. Tickets are being printed as the conductor ends up giving four tickets of Rs 4 denomination as we do not have a Rs16 ticket available. As a result we are giving away more number of tickets when the demand is already high and we are unable to keep up with it. This is adding to the crunch in availability of tickets.”