Rally for peace after caste clash

The tension between Dalit and Maratha communities reportedly increased after the Bhima Koregaon violence. 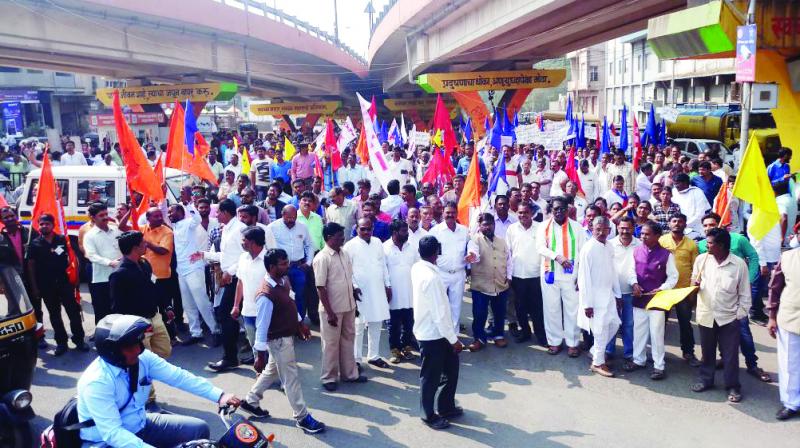 Mumbai: In a bid to douse the recent caste-clash fire in Maharashtra, several political outfits and progressive organisations — Maratha organisations, Ambedkarite, left and others are planning Sadbhavana rallies across state.

The first rally took place in Aurangabad on Monday. The city was tense for three days after the recent Bhima Koregaon incident. These organisations will meet in Mumbai in this week and prepare a plan for the same.

“Our aim is clear. The state government through its fellow travellers like Manohar Bhide and others is trying to divide the state on castes line. But we want unity in the Bahujan class. Therefore we will plan rallies in all cities across the state,” said Shivanand Bhanuse, spokesperson of Sambhaji Brigade. His organisation has taken initiative for these Sadbhavana rallies.

The organisers chose Aurangabad because the city simmered on January 2 and January 3 (Maharashtra bandh). There were reports of mobs damaging buses, private cars in the city on both the days.

“We will participate in the rallies as we don’t want genuine economic issues to get diverted just because of caste and communal issues. The government is acting exactly against its duty of keeping law and order in the state. But, we will appeal people to maintain peace and unity,” said communist leader Bhalchandra Kango.

The tension between Dalit and Maratha communities reportedly increased after the Bhima Koregaon violence.