Air India spokesperson Dhananjay Kumar said, “As per DGCA instructions the ED (operations) has been de-rostered from Wednesday night.” 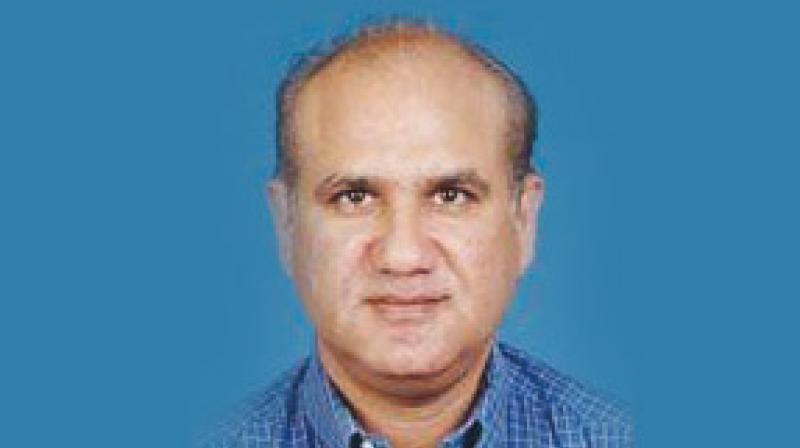 Mumbai: Arvind Kathpalia, executive director of operations (ED) of Air India has been de- rostered for missing his mandatory Breathe Analyser test  (BA) before flying as a pilot. According to sources, the pilot has been de-rostered for three months and has has two criminal records.

Moreover, the Indian Commercial Pilots Association (ICPA) has sent a legal notice to the Director General of Civil Aviation (DGCA) stating disappointment on no action over the issue, which suggested grave legal violation on the part of the authority.

The legal notice stated, “It has been a matter of great concern that a senior executive pilot of Air India has been avoiding pre-flight breath analyser tests on multiple occasions in the last month. This is even graver in view of the DGCA data from 2011 to 2015, which shows a three-fold increase in such safety lapses. It must also be recalled that this individual is not some raw recruit but an executive pilot who has to be held up to a higher standard of scrutiny.’

The ICPA wrote stating that it was in possession of proof against captain Kathpalia that it was willing to provide DGCA with. ICPA also stated that captain Kathpalia is a habitual offender, endangering the safety of innocent flying passengers and flight safety and claimed that he had fudged the records after a flight, which is evident in CCTV footage and statements given by the Pre-Flight Medicals (PFM) doctors.

“The ED in question has criminal cases against him under two sections of IPC, which he has suppressed from the company and obtained the Airport Entry Pass (AEP) for these years. His offence of skipping the mandatory breathes analyser test for around ten times calls for registering an FIR under section 336 (Act endangering life or personal safety of others), which needs to be lodged not only against the pilot but also against the doctor who allowed him to skip the tests. When someone continues skipping the tests it is a clear indication that he is has consumed alcohol,” said a source.

Air India spokesperson Dhananjay Kumar said, “As per DGCA instructions the ED (operations) has been de-rostered from Wednesday night.”