However the sequence of events that led to his suicide is still unclear, as the reason for his visit is yet to be ascertained. 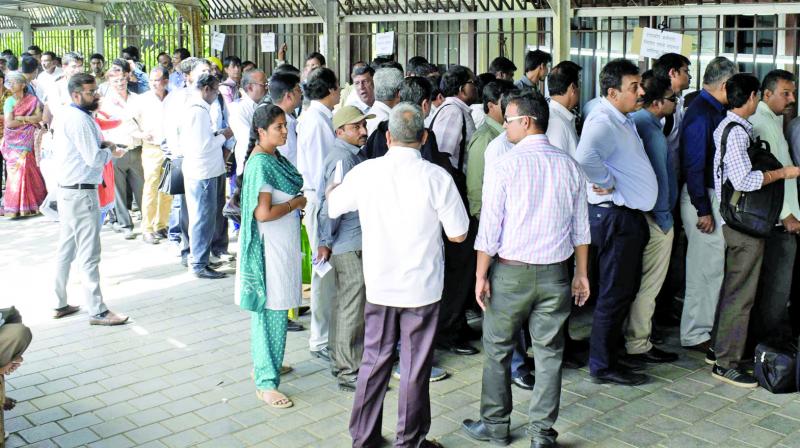 The police personnel on Friday were repeatedly asking visitors to display their passes. — SN

Mumbai: The Marine Drive police has found CCTV footage where Harshal Raote (45), a murder convict who allegedly committed suicide on Thursday, is seen walking towards the fifth floor on his own. The police has ruled out the possibility of an accident or foul play. Besides, the fact that a suicide note was found in his pocket ascertains that he had intended to end his life, the police said.

The note read: “I have been in jail for several years, I came here to meet officials but nobody met me or listened to my ordeal despite my repeated pleas. I am ending my life as I am very dejected.”

However the sequence of events that led to his suicide is still unclear, as the reason for his visit is yet to be ascertained.

Raote jumped from the fifth floor of the main Mantralaya building around 5 pm on Thursday, sustaining severe injuries. He was rushed to the state-run St George Hospital, where he was declared ‘brought dead’. The police said that the deceased was a Chembur resident and a murder convict on furlough, who had been awarded a life sentence. Raote had been in Paithan’s ‘open jail’ since 2014 for the murder of his sister-in-law and had been arrested by Thane’s Kalwa police.