After failing to find the feline, the cub was brought to the SGNP, where it is being monitored and treated. 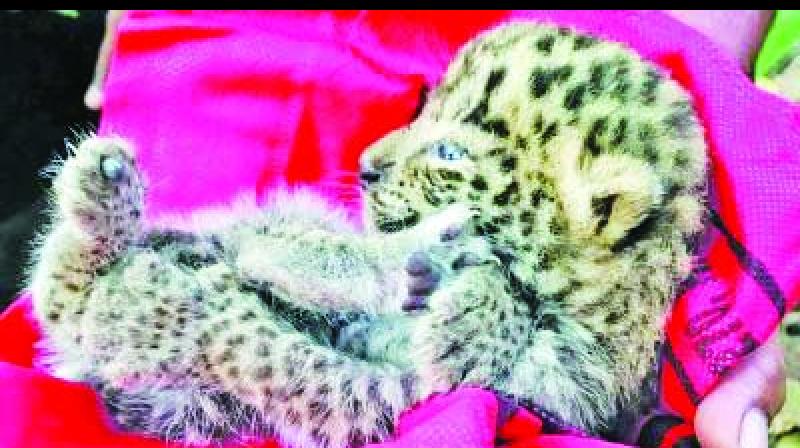 Representational picture of a cub.

Mumbai: Sanjay Gandhi National Park is going to shelter another leopard cub after it had taken custody of the male cub rescued from Thane last December.

A leopard cub was found in a village of Nashik district. After failing to find the feline, the cub was brought to the SGNP, where it is being monitored and treated.

The 15-day-old cub was rescued from a sugarcane field in Palse village of Nashik district. “The farmers working in the fields spotted the cub lost amid sugarcane crops. They informed the forest department, following which the officials reached the spot,” said S.B. Kamble, assistant conservator of forest, wildlife — SGNP.

“The cub was kept in a basket at the same spot for the mother to find her offspring. Camera traps were also installed in the vicinity, but the mother of the cub could not be found,” added Mr Kamble.

The leopard weighs 1.5 kilograms and its health is being monitored at the SGNP.

Officials added that the leopard was scared and anxious at first when brought in the SGNP on Wednesday.

“The cub’s health is better now. It is timely being monitored and catered by the veterinary doctor. We would also be consulting about its diet with experts and make necessary changes,” said Mr Kamble.