The chopper for the naxal-affected region will come at Rs 72 crore for the state exchequer. 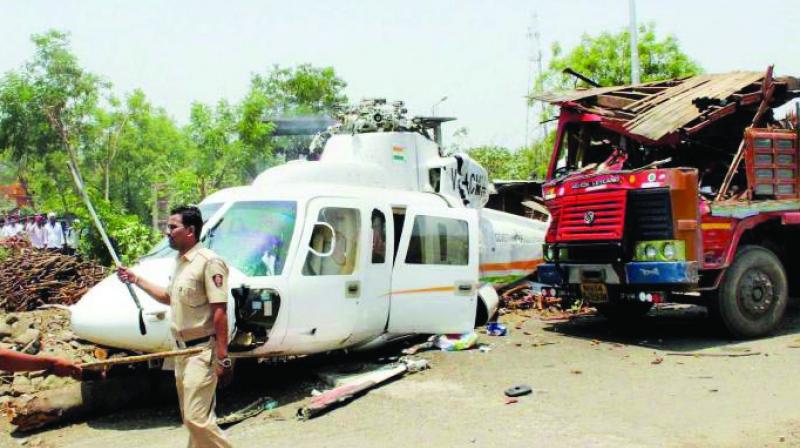 Mumbai: Almost a year after chief minister Devendra Fadnavis met with chopper accidents, Maharashtra government has purchased two choppers, S76D for VVIPs and H145 for attending to emergencies in the naxal-affected areas. The VVIP chopper would cost around Rs 127 crore while the chopper for the naxal-affected region will come at Rs 72 crore for the state exchequer. A government-owned Sikorsky chopper had met with an accident last year. But the new one to be purchased for VVIP is of the same make as well.

“The VVIP chopper has been purchased from US based Sikorsky International Operation Company with tools. The first instalment of 20 per cent of the total cost has been sanctioned by the government and the remaining amount would be released in July’s monsoon session of the legislature,” an official from the state aviation department said.  The naxal chopper has been purchased from German based Airbus Helicopters that would be even used for emergency situations. It would be stationed at Nagpur, the official added.

The move came after CM Fadnavis escaped three narrow chopper accidents last year. A committee under the chief secretary was appointed to finalise the new choppers and float global tenders for the latest models. The committee took almost a year for shorlisting the choppers, which are equipped with modern technology like night landing.

“The Sikorsky is the best known model and we used it earlier too. But the one which is with the government is beyond repair and hence decided to buy the new one,” the official added.

As per industry experts, the average maintenance cost of a helicopter that is grounded is Rs 3 crore per year.