Bhujbal back in action after jail time

Bhujbal demanded that the government stay the sale of Reliance Energy to Adani Power till such time the money was recovered. 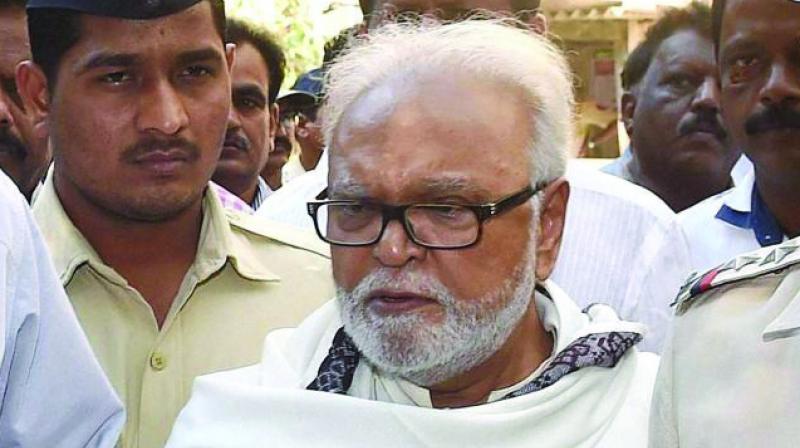 Nagpur: Nationalist Congress Party (NCP) leader Chhagan Bhujbal — who is out on bail in a money-laundering case registered against him by the Enforcement Directorate (ED) — attended the proceedings of the Legislative Assembly on Monday.

Mr Bhujbal started slamming the government after which finance and forest minister Sudhir Mungantiwar and other Bharatiya Janata Party (BJP) leaders interrupted him several times. He demanded that Rs 2,000 crore be recovered from Reliance Energy, and that the sale of Reliance Energy to Adani Power be stayed till recovery of this money.

After a long time, Mr Bhujbal attended assembly on Monday who also addressed rally on Sunday. Many leaders and officers met him in the premises and at the NCP office to inquire about his health.

Mr Bhujbal reached the Vidhan Bhavan at 10.50 am for attending the proceedings of the assembly. He alleged that the government had assured tribals agitated at Vidhan Bhavan, Mumbai, after a long march from Nashik, but nothing had been done so far. Mr Bhujbal claimed that whenever these tribals paid a visit to the forest department office, officials there replied that they were busy with Mr Mungantiwar’s plantation drive. This angered Mr Mungantiwar, who raised objections to his comments. Other BJP MLAs, too, started supporting Mr Mungantiwar. Notwithstanding, Mr Bhujbal continued his tirade against the government, demanding that it sanction forest lands to the tribals.

While taking to media, Mr Bhujbal said that he will raise the issue of MPSC candidates of Dhangar, Sonar and other reserved category, who have been denied jobs, while the open category candidates got the jobs. Mr Bhujbal, known as an aggressive leader, is likely to slam the government during the monsoon session of the legislature.