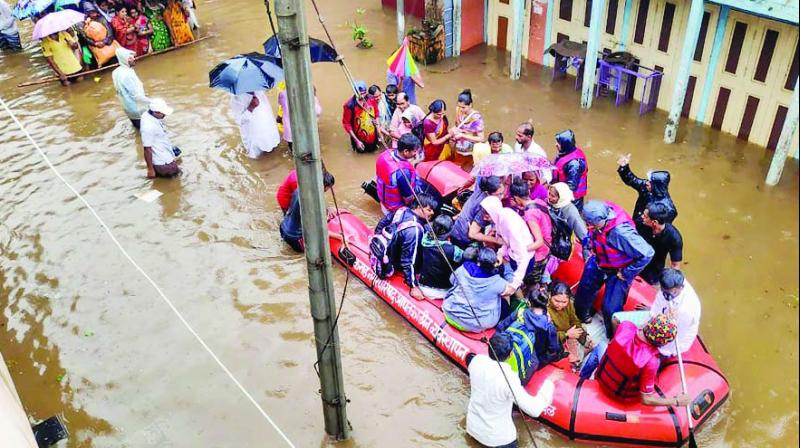 Terming the August 7 GR ‘insensitive’, state Congress president Balasaheb Thorat tweeted that providing food free of cost to only those whose homes remained submerged for two days is a cruel joke.  If the current dispensation has some sensitivity, it should scrap the GRs immediately.

However, state minister and senior BJP leader Ashish Shelar clarified that the August 7 GR was issued by the food and drug administration department, and added that relief and rehabilitation department had been providing aid to all flood-affected people.

Rebutting the Congress, the minister urged the party to check out the GR issued on January 30, 2014, which laid down the criteria that areas submerged for over seven days were eligible for compensation.