Railway officials said that nine trains in total, six suburban and three long-distance ones, were affected. 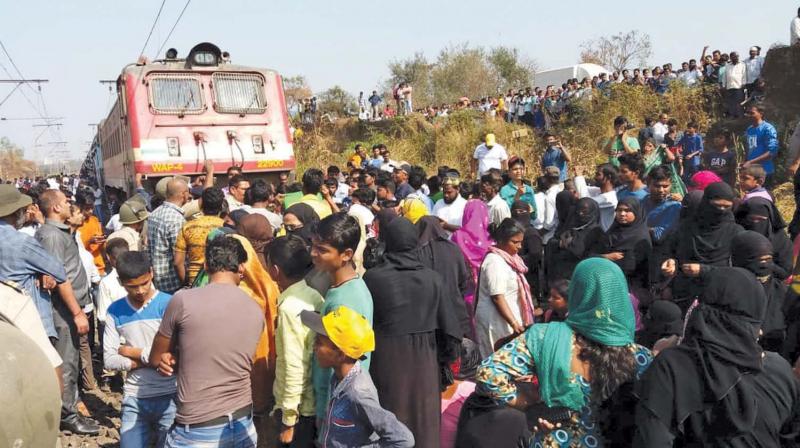 Agitation between Titwala and Ambivali on Sunday.

Mumbai: Train services were severely hit due to a rail roko agitation between Titwala and Ambivali on Sunday with hundreds of people climbing down on the tracks around 12.30 pm, as the forest department and Kalyan Dombivali Municipal Corporation (KDMC) had demolished their houses.

The agitation, which lasted more than one and a half hour, resulted in disturbance of the mail as well as local services. The railway authorities had already held a mega block on Central Railway (CR). The Kasara Railway Protection Force (RPF) will be registering a criminal case against the protesters under the Railway Act 1989.

Railway sources said that the demolition was carried out at Baneli village between Titwala and Ambivali by the forest department and KDMC on Friday. In this demolition drive, 600 houses had been razed while 2,000 houses are to be demolished on Monday.

A CR official, requesting anonymity, said, “The protesters are demanding rehabilitation. The issue pertains to the state government and KDMC. We don’t have any role in it.”

Senior Public Relation Officer (PRO) of CR, AK Jain said train number 11094 (Varanasi-Mahanagari Express) had been detained in the up direction by the protesters while train number 12869 (Mumbai CSMT - Howrah SF Express) was also stopped by protesters in the down direction. In addition to this, two suburban trains were partially cancelled at Kalyan station due to the protest.

Railway officials said that nine trains in total, six suburban and three long-distance ones, were affected.