Hundreds of RPI workers assembled before Mr Athawale’s residence Samvidhan with party flags in Bandra and raised slogans in support of their leader. 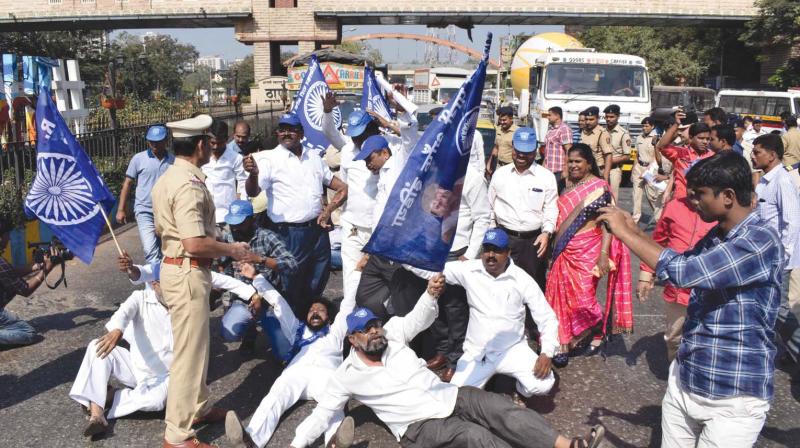 Mumbai: Republican Party of India (RPI) activists held protests across the city and the state a day after their leader, Union minister of state for social justice and empowerment Ramdas Athawale, was assaulted at a rally on Saturday night.

Shops were partially shut down in Ulhasn-agar and Ambernath on Sunday morning while a rail roko was observed in Nashik and Aurangabad. Closer home, rasta roko protests were carried out in Mulund, Dahisar, Bandra and Worli. And protesters, who tried to stop vehicles from plying on roads, were taken into police custody temporarily.

Hundreds of RPI workers assembled before Mr Athawale’s residence Samvidhan with party flags in Bandra and raised slogans in support of their leader.

Meanwhile, the national vice-president of RPI, Kakasaheb Khambalkar, alleged that the attack was “pre-planned”.

Speaking to The Asian Age, Mr Khambalkar said, “We have told the police that the mastermind behind the incident should be nabbed. The security personnel should be changed, as they are not alert at the time of the incident. Security should be increased not only for Mr Athawale but his family members also.”

A close aide of Mr Athawale said that RPI activists have called for a statewide bandh.