The 2008 Mumbai terror attacks had left 166 dead and hundreds other injured. 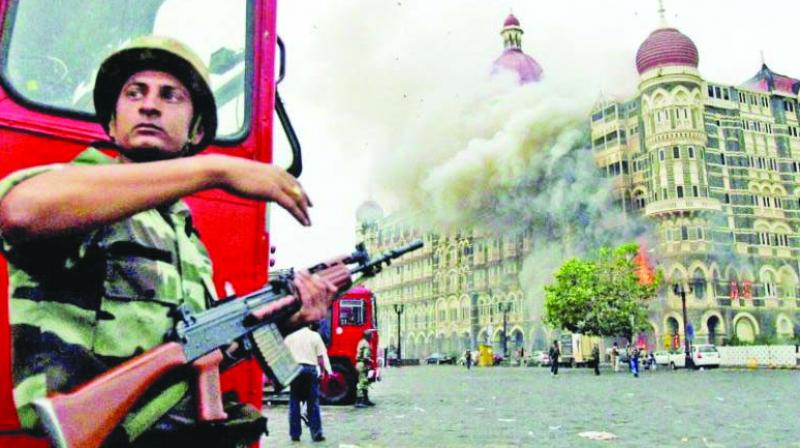 File image of the terror attacks in the city,

Mumbai: The prosecution in 2008 Mumbai terror attacks case on Wednesday examined the owner of the hotel where Pakistani-American LeT terrorist David Coleman Headley had stayed during his stay in Pune as witness.

According to special public prosecutor Ujjwal Nikam, the hotel owner Paras Bumb gave details about Headley’s stay in his hotel in Pune. The witness also produced records of his hotel to show Headley’s halt at his place.

The court is conducting trial against Sayed Zabiuddin Ansari alias Abu Jundal in the 26/11 case. Jundal has been charged for conspiracy. According to prosecution, Jundal was present in temporary headquarter made by terrorists in Karachi which was used to issue directions to the attackers in Mumbai and that Jundal was one of the alleged handlers present in that headquarter. Jundal was taken into custody after he was deported to India from UAE.

Headley had deposed as witness via video conferencing in this case. During his deposition, he had told the court that on instructions of ISI he had visited Pune in 2009.

The 2008 Mumbai terror attacks had left 166 dead and hundreds other injured.

One of the terrorists, Mohammed Ajmal Amir Kasab, was caught alive during the attacks and was executed after charges of attacks were proved against him.