The owners had not even paid property tax under the capital value-based system since 2010. 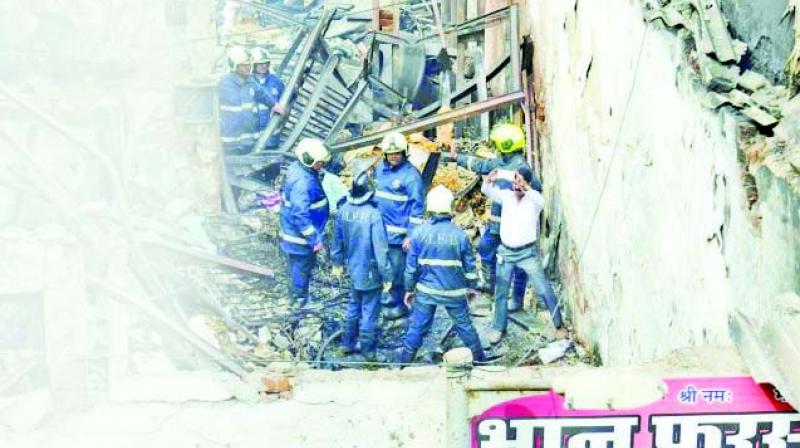 According to the report, a defective electric circuit was the reason behind the fire at Bhanu Farsan Shop. It said, “After examining circumstantial evidence and statements of eye-witnesses, the suspected cause of fire seems to be of electrical origin.”

Mumbai: The Brihanmumbai Municipal Corporation’s preliminary report on the Sakinaka fire incident has slammed civic officials for turning a blind eye at irregularities at site of the mishap. So much so that a senior health officer from L ward has been suspended, and four ward officials are facing threat of departmental inquiry for inaction against irregularities.

On December 18, a fire had broken out early morning at Bhanu Farsan Shop in which 12 workers who were sleeping died due to suffocation. Soon after, BMC chief Ajoy Mehta directed conducting an inquiry into the mishap.

The BMC report has found that Bhanu Farsan Shop was running without any license from the health department and without a no-objection certificate (NoC) from the fire brigade. Further, the farsan shop had an illegal wooden mezzanine floor and unauthorised water connections.

The owners had not even paid property tax under the capital value-based system since 2010.

The BMC report said, “Although the shop had a valid license from the Shops and Establishments Department, it was running without any license from the Health Department and without a NoC from the fire brigade. The L ward officials were supposed to find out such establishments and take action against such violations. However, Mr Sawant has been found responsible for not doing the needful.”

“The shop had an illegal wooden mezzanine floor, which needed to be demolished. But the building supervisor was found to be lacking in taking action against the structure. The shop had water connections in the bathroom and toilet, despite having no legal water connection from the BMC,” the report said.

A senior civic official said, “The irregularities have been found to be administrative in nature coming from the concerned civic staff and officials. Hence, it has been recommended that action be taken against them for dereliction of duty.”