More than 26 bodies were recovered. Government constructed new bridge and it was decided to conduct an audit of all other bridges. 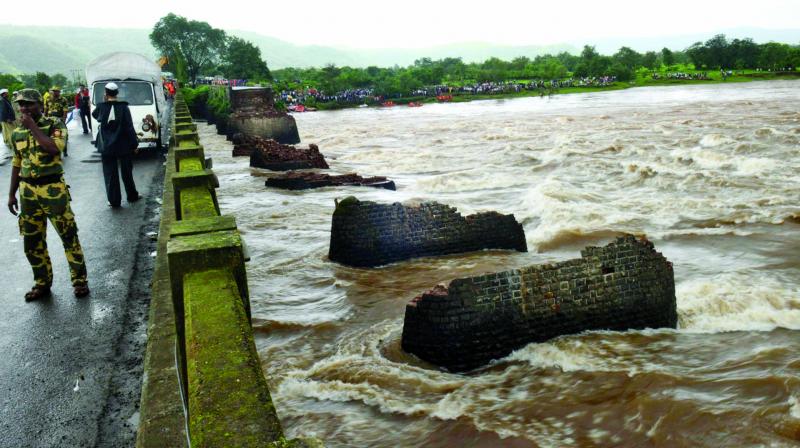 Mumbai: Two years after a bridge on the Savitri river collapsed, the Maharashtra government on Tuesday issued guidelines for an audit of bridges and buildings, asking Public Works Department (PWD) engineers to review the structures every year in June and December.

According to the guidelines, institutes such as the IITs and other engineering colleges should be empanelled for the audit and 10 per cent funds from the district development plan should be reserved for repairs of bridges.

The guidelines warrant a safety audit of big bridges after every five years, and a review of the audit of regional bridges by the chief engineer in June and December every year. They state that noted technicians, the IITs and other engineering colleges be empanelled to conduct the audit of bridges. An official from the PWD said, "10 per cent fund of the District Development Plan should be reserved for repair of bridges, and buildings too."In August 2016, two state transport buses and some other vehicles fell into the Savitri river after the bridge over it collapsed near Mahad in Raigad district.

More than 26 bodies were recovered. Government constructed new bridge and it was decided to conduct an audit of all other bridges.