Rao, said that the union has decided not to hold a meeting on any political platform or press for its demands. 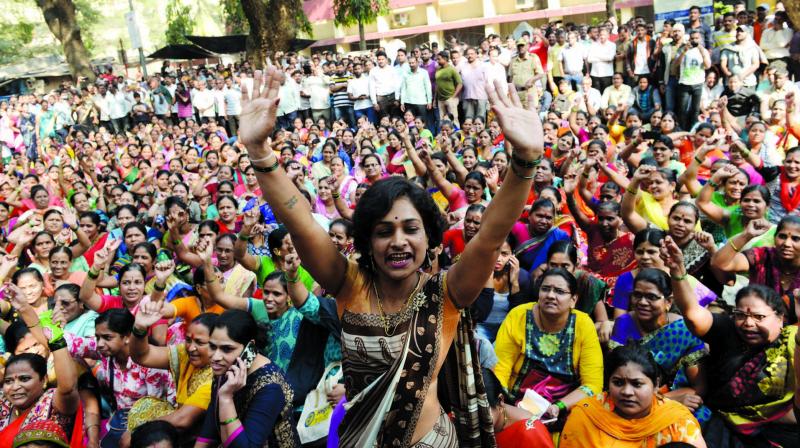 Mumbai: Despite the Brihanmumbai Electric Supply and Transport (BEST) administration sending notices to its workers under the Maharashtra Essential Services Maintenance Act (MESMA), the employees have refused to call off their strike. The BEST buses did not ply on Thursday.

Mr Rao said “We will call a gathering of BEST workers on Friday and decide next course of the action.”  He said that the union has decided not to hold meeting on any pol-itical platform or press for its demands. He said that the strike would not be called off unless they get a written assurance.

Mr Rao said that, Mr Thackeray, Congress leader Narayan Rane and chief minister Devendra Fadnavis can help the BEST employees, but they would not have a meeting with them as the written assurance can only be provided by the BMC chief, state chief secretary and BEST general manager.

The BEST employees were served notices of eviction on Wednesday. The employees held a protest at the Wadala bus depot on Thursday. While addressing BEST emplo-yees at Wadala depot, Mr Rao appealed to the people to help resolve the issues. He said that the BEST employees would fight this battle for their rights till the end.

A senior BEST official said, “No new notices were issued on Thursday. If the strike will not be called on Friday, we will think of some action against the drivers.”

Congress MLA Nitesh Rane said that the strike would not be called off. “If they miss this opportunity, then the BEST workers’ situation would be as that of the mill workers of the city,” he said.