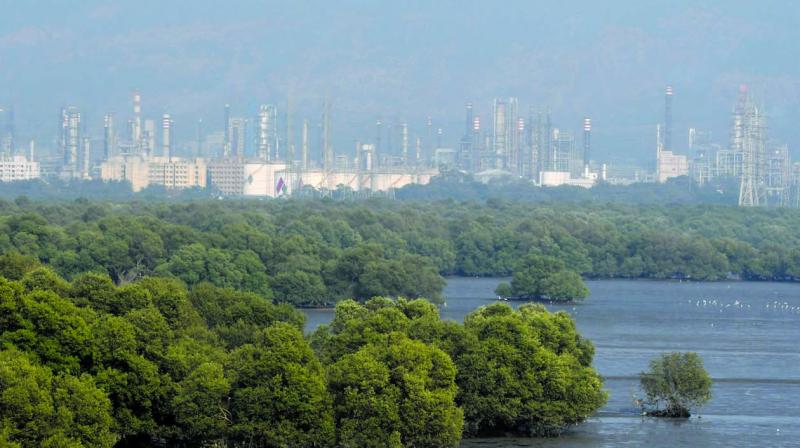 Mumbai: Mahul residents have accused the Brihanmumbai Municipal Corporation (BMC) of doublespeak over rehabilitating them. The distressed residents are expected to meet chief minister Uddhav Thackeray on January 14 to discuss rehabilitation for those affected by excessive pollution from factories.

Around 200 residents had held a 24-hour-long protest at Azad Maidan on Wednesday following which housing minister Jitendra Ahwad assured the residents of a meeting with the chief minister to resolve the issue.

On Friday, the residents met BMC chief Parveen Pardeshi to take stock of the procedure to accommodate the project-affected people. However, residents claimed that they were disappointed to know that the BMC would not be withdrawing its petition in the Supreme Court over rehabilitation.

The BMC had last year moved the apex court to vacate the Bombay High Court order directing the state government and the municipal body to shift the affected residents to other place or provide them with compensatory rent for alternate accommodation.

“On one hand, the BMC is claiming that they are willing to resolve the matter and provide us better accommodation. On the other hand, when asked about withdrawing their application from the apex court, they have refused to do so,” said Bilal Khan, an activist working towards rehabilitation of Mahul residents.

The BMC claimed that it would be shifting 300 families in the MHADA building in Gorai. However, around 5,500 families have been seeking transfer from the polluted Mahul buildings.

“What about the rest 5,200 families? Where are they going to relocate them? The BMC says that the families would be shifted to MHADA project aimed at 16,000 families to relocate them on private basis in future, but what about the time being? I want to ask the Sena why there are opposite positions on the matter at the same time,” added Mr Khan.