This is the second such incident in the last three years. 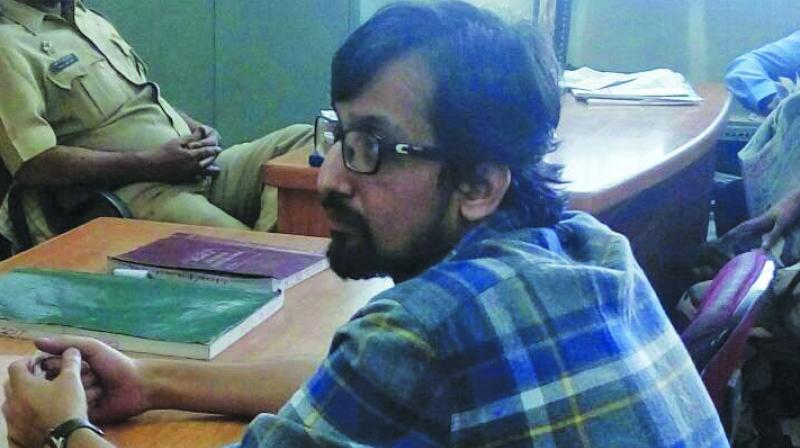 Mumbai: A 31-year-old city resident was arrested on Friday after he allegedly opened the emergency exit of the Chandigarh-bound Indigo flight (6E 4134) while it was stationary at the Mumbai airport, sparking off a security scare.

Akshay Mohan (31), a professional movie editor and a resident of Juhu Tara Road, was supposed to fly to his hometown Chandigarh with his brother Ashish Mohan.

Mr Ashish claims that Mohan had been behaving “weird” since Friday morning but could not possibly be a security threat. Officials of the airport police station are interrogating the brothers. This is the second such incident in the last three years.

The incident took place on Friday morning shortly after boarding was complete on flight 6E 4134. While the aircraft was stationary and before it could push back for taxiing, Akshay, who was seated on 12C, suddenly opened the emergency exit door, which automatically inflated the evacuation slide. As soon as the cabin crew on board saw this, the Captain-in-Command was alerted. In this process, a co-passenger seated on 12A received bruises.

“Taking a precautionary measure, the Captain immediately informed the ground staff of the situation on board and instructed the team to arrange for medical assistance and other necessary action. Simultaneously, the Captain informed all 176 passengers on board via in-flight announcement, and switched off the aircraft engine,” said the IndiGo’s spokesperson.

Akshay was handed over to the security staff and the Central Industrial Security Force (CISF) deployed at Mumbai airport. The IndiGo spokesperson said that the airline had filed a first information report (FIR) against Akshay at the airport police station.

Officials said Mr Ashish claimed Akshay to be of unsound mind, but there was no evidence available with them to prove the same. A police official from the airport police station said, “The passenger has no reason to commit the offence and has been arrested and FIR has been filed under section 336 of Indian Penal Code. He will be produced in holiday court on Saturday.”

The Mohan brothers are Mumbai residents but stay separately. Commenting on the issue, Vipul Saxena, a former pilot and aviation expert, said, “This is a unique incident from which lessons should be learnt. The cabin crew should be trained to keep a watch on the passengers seated on the seats at the emergency door exit. The moment the passenger who is allotted seat near the emergency door enters (the aircraft), the crew should let the passenger know about the necessary precautions that ought to be taken.”

Previous Incident:
In March 2015, Akash Jain (30) who had landed in Mumbai from Chandigarh by Jet Airways’ 9W 469 opened the emergency door, walked on the wing of the aircraft, jumped off it and casually walked away to the city side to the airport. Before anyone could apprehend him, he had made his way out of the airport, raising serious questions about the security procedures that were followed. Investigations later revealed that he was a fan of Bollywood actor Akshay Kumar and had wanted to perform a stunt like him. Jain was later arrested.