Vanashakti claims it was extracted, used sans permission at Aarey. 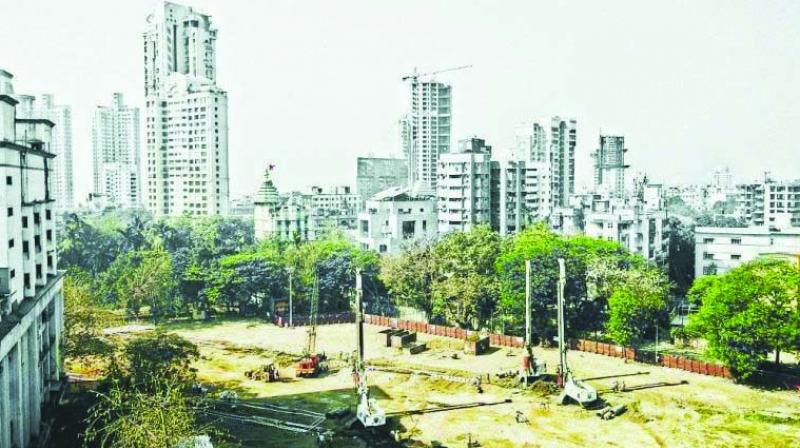 The MMRCL has set up a casting yard for metro carshed on a three-hectare plot and has also started landfilling, levelling work inside Aarey colony on the adjacent 30 hectares plot. (Representational Image)

Mumbai: Activists have alleged that metro work is going on in full swing at the Aarey Milk Colony in the absence of the requisite permissions for extracting and using groundwater.

According to Vanashakti, an NGO working on environmental issues that sought information from the Mumbai Metro Rail Corporation (MMRC) regarding the extraction of groundwater under the Right to Information Act, the metro rail authority responded, saying that no such application was made.  Moreover, a cement-mixing plant has also been established in the metro carshed area. The NGO has further alleged that, based on satellite images, it has been revealed that a massive amount of levelling work has been carried out at the cost of greenery at the Aarey Milk Colony without the requisite permissions.

The MMRCL has set up a casting yard for metro carshed on a three-hectare plot and has also started landfilling, levelling work inside Aarey colony on the adjacent 30 hectares plot. Vanashakti in a letter to the Maharashtra Pollution Control Board (MPCB) on Saturday demanded immediate action on the matter.

“No permission has been given to extract groundwater for washing and industrial use at the proposed location. Please note that massive amounts of groundwater (lakhs of litres) will be used at the facility and it requires permissions from statutory bodies. No such permissions have been sought much less given,” read the letter.

Meanwhile, environmentalists have raised an alarm regarding the water being supplied to the cement-mixing plant.

“There is no other water supply in the area. The use of groundwater will only deplete the water level and affect both forest and the people living there,” said Stalin Dayanand, project director, Vanashakti.

Bala Nair, the local corporator, confirmed that the Brihanmumbai Municipal Corporation (BMC) had not made provision of any additional water supply for the metro work. “The MMRC must be using borewell water as we have not made any other provision,” he said. The NGO has also asserted that the MPCB has not yet given ‘Consent to Establish and Operate’ for the metro work as per RTI information.

The Asian Age contacted the MMRC, however it has received no response at the time of going to press. When contacted, senior officials said they weren’t authorised to speak on the matter.