Amol Palekar hits back at NGMA

Amol claimed that the NGMA director told him that he should have informed about the content of his speech beforehand. 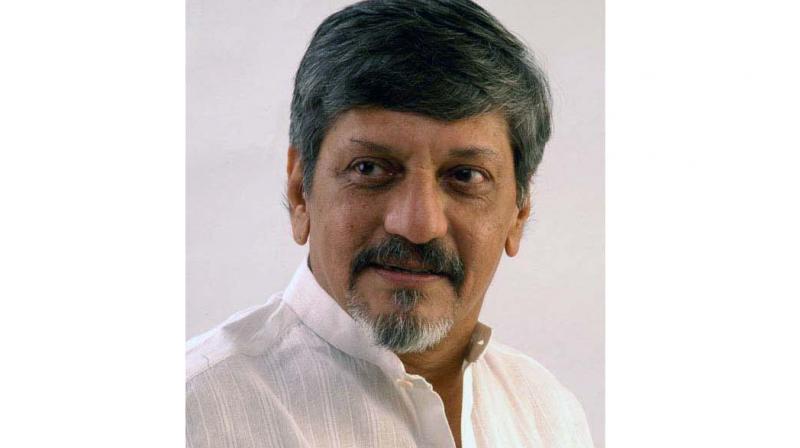 Pune: Veteran actor-director Amol Palekar, who was last week interrupted during his speech by some members of the National Gallery of Modern Art (NGMA), on Sunday said he was only seeking reasons behind the cancellation of retrospectives of two senior artists. He claimed that the NGMA director told him that he should have informed about the content of his speech beforehand.

The incident happened on Friday, when Mr Palekar was speaking at exhibition Inside the Box showcasing works of legendary painter Prabhakar Barve, at NGMA in Mumbai.

He had questioned why the advisory committee for NGMA, which comprised of artists, was dissolved and bureaucrats were appointed to take decision on the art exhibitions. While he was raising these questions, the curator of the program Jasal Thacker interrupted him.

Mr Palekar said, “The NGMA has five floors and earlier painting exhibitions were held on all five floors. But after the advisory committee was dissolved, only fifth floor was reserved for exhibitions. The space on the fifth floor is relatively smaller,” he added.

Mr Palekar said, “The advisory committee had decided to showcase wor-ks of three senior arti-stes in April and December this year. This was cancelled without citing any particular reason.” “This abrupt cancellation is why I decided to raise questions,” he added.

He said, “After the programme concluded, Rupavataram, the director of NGMA, told me that I should have informed her before about what I was going to talk. I asked her whether she wanted to pre-censor my speech? I am talking about freedom of expression. Her tone implied that it was a government gallery and I shouldn’t have raised questions against it. But it is a government gallery created by tax payers money.”