Mr Athawale, who has not been given a ticket by the BJP, said, “Kanchan Kul will win by a historic margin. 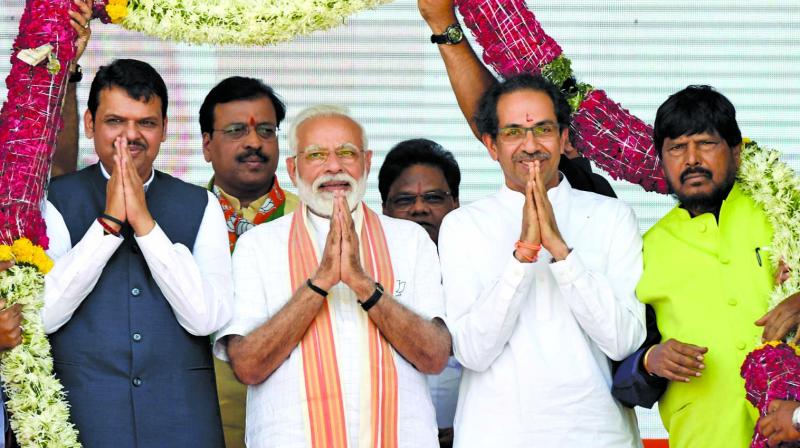 Pune: Ramdas Athawale Wednesday said that BJP candidate Kanchan Kul will win by a historic margin in Baramati against NCP’s Supriya Sule. He also said that the Vanchit Bahujan Aghadi is a Kinchit (minute) Aghadi and Prakash Ambedkar will lose the election.

“Kanchan Kul, the BJP candidate contesting from Baramati, will win by a historic margin within the NCP stronghold against the party’s very own Supriya Sule,” said Mr Athawale Wednesday at a press conference held in Pune.

Mr Athawale, who has not been given a ticket by the BJP, said, “Kanchan Kul will win by a historic margin. There will be a change this year and BJP will win over 40 seats.”

“Mahadev Jankar contested against Ms Sule in the 2014 election and lost by only a few thousand votes because he contested with the symbol of a cup and saucer. If he had contested on the lotus symbol, he would have won,” said Mr Athawale.

He also criticised the VBA saying that the Kinchit Aghadi would win little votes.