Long-distance trains up to Dadar often cause interference causing local trains to get delayed by 15-20 minutes at peak hours. 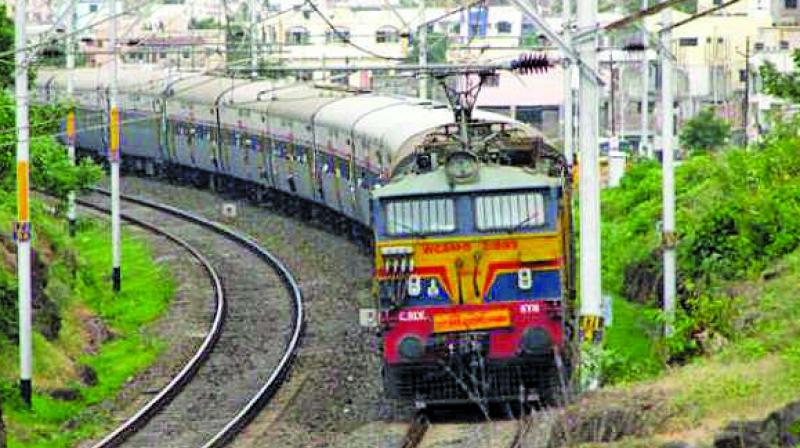 Rajdhani and August Kranti currently originate from Mumbai Central, which might be changed to Dadar.

Mumbai: In order to avoid clashing of long-distance trains’ timings with that of suburban trains, the railway is mulling over changing the origin of Rajdhani and August Kranti to Dadar. The trains currently originate from Mumbai Central, a change to which might be made following railways’ attempt to re-work the timetable of long-distance trains.

Long-distance trains up to Dadar often cause interference causing local trains to get delayed by 15-20 minutes at peak hours.

The idea came about after this week’s visit by Railway Board member, Mohammad Jamshed, who had asked both, Central Railways (CR) and WR to maintain punctuality up to 90 per cent.

Some other trains that might be re-routed are passenger trains that arrive in Mumbai at evening hours. These include one from Mumbai Central to Valsad, which leaves at 6.10 pm and reaches Dadar at 6.20 pm. The Mumbai Central to Jaipur that leaves at 6.50 pm, too, interferes with the suburban timetable. An official said, “The problem occurs when these trains enter the Dadar-Mumbai Central section, as a result of which a lot of delay and losses during peak hours is caused a separate path must be created during this time.”

Mr Jamshed, who gave a positive response to the proposal during his visit, has asked railway officials to submit a detailed final draft to the Railway Board for approval by the end of this month.

New services
Around 76 new services will be introduced on suburban railways from October 2017. The WR will see 36 new services and CR will see 40 more. More 15-coach trains will also be added.

Around 46 new trains might be bought by the MRVC and a request that they all be air-conditioned was made to the RB in November 2016.