Commandos posted videos, pics of killing which have gone viral. 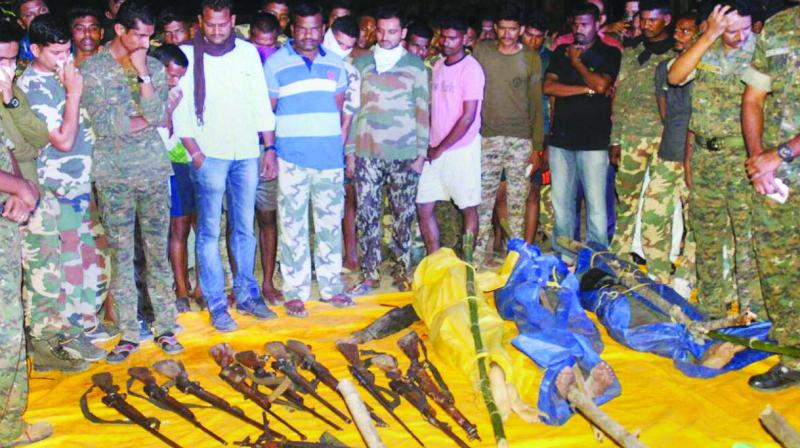 C-60 was involved in the recent operations in which 37 naxals were killed.

MUMBAI: A battalion of the specialised counter-naxal commando unit of the Gadchiroli police, C-60, which was involved in the recent anti-naxal operations in which 37 naxals were killed in the district, allegedly breached operational protocol during action. The battalion members allegedly took pictures of themselves after killing the naxals in gross violation of protocol.

They had allegedly celebrated the operation’s success and danced, clicking pictures and making videos, which have now gone viral.

The home department has told them to stay away from the public eye as naxal groups might identify them.

Commandos involved in naxal operations are always prevented from disclosing their identity as per protocol.

“It was a very sensitive matter. But the expected protocol was not followed. The C-60 commandos are very prestigious for the police force. They get special training to deal with naxals and revealing their identity is dangerous. After such a huge operation, there are chances of retaliation,” a senior official from the home department said. Now they have been told to keep a low profile and avoid publicity, the official added.

In the massive naxal operation last month, the gun battle began after the ultras launched an attack on the patrolling party.

According to the police, this was the time when naxals cross over the state border and enter Maharashtra to rob contractors trading in tendu leaves.

The police had also stepped up vigilance when they received input on the movement.