The Crawford market – Churchgate ring route has been assessed by BEST to be equivalent to nearly 950 taxi trips in south Mumbai. 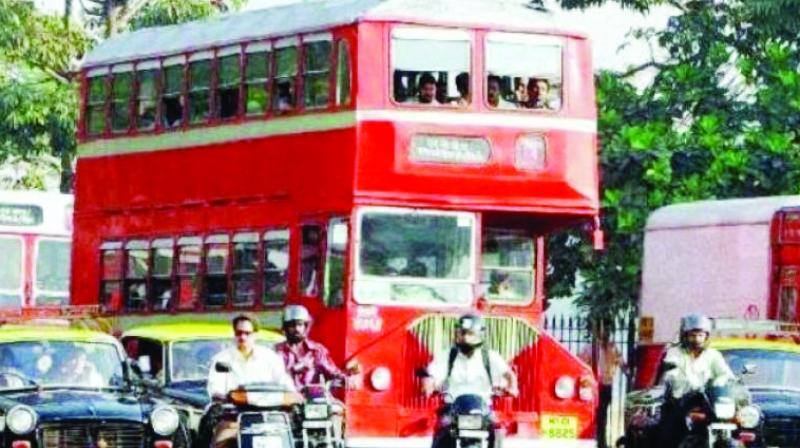 After suffering a loss of Rs 3 crore due to the strike, BEST is looking at filling its coffers.

Mumbai: Riding on the success of its Crawford market – Churchgate ring route service introduced in June this year, the Brihanmumbai Electric Supply & Transport (BEST) is set to announce more such circuit routes in phases. The move is aimed at generating much-needed revenue for the cash-strapped PSU, and comes on the back of BEST suffering a Rs 3 crore loss owing to a 16-hour strike enforced by the bus employees’ union.

The Crawford market – Churchgate ring route has been assessed by BEST to be equivalent to nearly 950 taxi trips in south Mumbai. The BEST has just recovered on  Monday from the strike that led to a loss of revenue of Rs 3 crore. However, this has only strengthened the undertaking’s resolve to continue services of one of the oldest public transport systems in the city, said officials.

The Crawford market – Churchgate route 113 runs via Metro cinema, Bombay hospital, Bombay Gymkhana, BMC headquarters and G.T. hospital. And its success has brought a glimmer of hope for the establishment.

“This route, in particular, has done extremely well as pick-up and drop-off points alongside these institutions and government offices have earned us a large number of patrons.  It has led to officials planning more ring routes that will be introduced in phases, with improved punctuality,” said an official. It has also introduced a second route 99 which runs between Churchgate station and Nariman Point but has not become as popular as route 113, as the stops are limited to CCI and Bajaj Bhavan.

BEST general manager Surendrakumar Bagade said, “We will be introducing ring routes in a big way and have identified few areas where they will do very well. It can be looked at as a serious revenue option for us.”