The ATS is trying to find out who trained them and at which location. 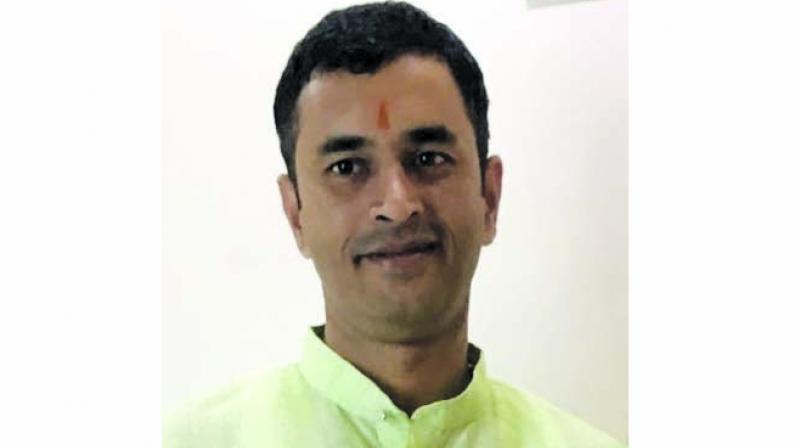 The ATS raided two places from the house and shop of Sanatan Sanstha worker Vaibhav Raut from Nallasopara and seized 20 crude bombs and materials including circuits, detonators and two gelatine sticks used to assemble explosives.

“We are in the process of unravelling the details of the plot and the targets they had chosen. However, we will verify if they have links with the past incidents of terror in Maharashtra including the Narendra Dabholkar-Govind Pansare murders and Gauri Lankesh killing. The 2008 low-intensity blasts that pointed to Hindu outfits will also be looked into for their involvement,” said an ATS officer.  Dabholkar was killed in 2013 in Pune, Pansare at Kolhapur in 2015 and Lankesh in 2017 at Bangalore, Karnataka.

The investigators stated that the arrested accused was “not mere foot soldiers” but they are investigating as to who were their handlers and from where were the instructions and seized materials flowing to them. The arrested accused, apart from Raut, were Sharad Kalaskar (25) and Sudhanva Gondhalekar (39) who have allegedly undergone terror training, ATS officials stated. Those arrested are members of right-wing Hindu outfit. The ATS is trying to find out who trained them and at which location.

Based on the leads, a team of ATS’s Nagpada unit raided Raut’s residence at Bhandar Aali in Sopara village at Nallasopara late on Thursday.

Raut, a member of the ‘Hindu Govansh Raksha Samiti’, was apprehended after the officials found eight crude bombs at his residence. Search of a shop establishment nearby led to the recovery of 12 more bombs, officials said. While Raut’s social media profile states his association with the Sanatan Sanstha, the outfit that has been in the eye of the storm over its alleged associations with acts of terror in the past, they have refuted any kind of association with Raut.

Denying that Raut was its member, Sanatan Sanstha’s spokesperson, Abhay Vartak said, “Raut, first of all, is not a sadhak of Sanstha. It is an attempt to malign the Sanstha. The allegations against him are false. He is an activist working for the cause of cow protection.” He added, “This seems to be a Malegaon 2 being played out. They say explosive substances were recovered from Raut but  the ATS was found to have planted such materials at the house of an accused in the 2008 Malegaon blast case and could be doing the same here.”

The explosives have been sent for analysis at the state forensic laboratory by the ATS. The officials have booked all the three accused under relevant sections of the stringent Unlawful Activities Prevention Act, the Explosive Substances Act, the Explosives Act, and for criminal conspiracy as per the Indian Penal Code