The Dahisar-Mira Bhayander and Andheri-CSMI airport projects, collectively worth Rs 6,607 crore have been approved. 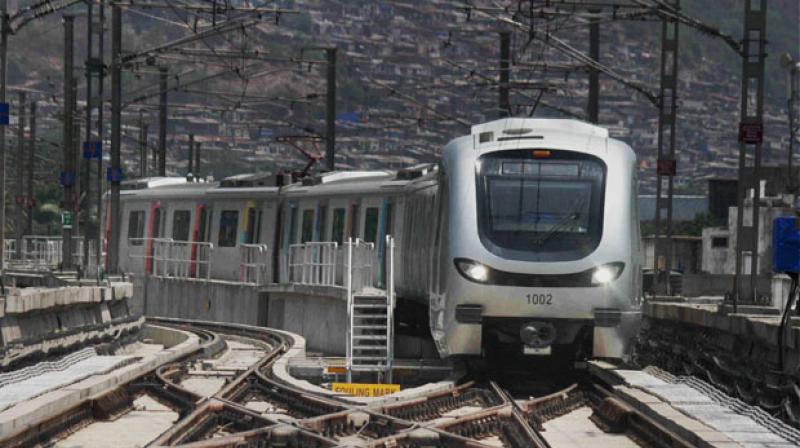 The Dahisar-Mira Bhayander route will be 10.41 km long elevated corridor and will have 11 stations, while the extension of Metro 7 Andheri-CSMI airport (Metro 7 A) will be 3.17 km long in which 2.11 km will be underground. (Representational image | PTI)

An official from the Chief Minister's Office (CMO) said Metro line 9 will be Dahisar-Mira Bhayander route, while Metro 7 A will be Andheri-CSIM airport route. Both the routes are together 13.5 km long. The Mumbai Metropolitan Regional Development Authority (MMRDA) has been empowered to raise funds for the projects.

According to the official, the Dahisar-Mira Bhayander route will be 10.41 km long elevated corridor and will have 11 stations, while the extension of Metro 7 Andheri-CSMI airport (Metro 7 A) will be 3.17 km long in which 2.11 km will be underground.

To ensure effective implementation of the Mahatma Jyotiba Phule Jan Arogya Yojana, the cabinet also gave a go-ahead to a proposal of providing 20 per cent funds from the scheme as incentive to the doctors and medical staff of the government-run medical and dental colleges and affiliated hospitals for operation and treatment of patients.

"Similarly, 25 per cent funds will be with the government for creating additional infrastructure facilities and 52 per cent funds for development of medical and educational facilities in the institution concerned," the official said.

In another decision, the cabinet also gave its nod to setting up a food technology college in Yavatmal and Walwa taluka in Sangli district.

"The college will be set up at a cost of Rs 102 crore," the CMO official said adding that 130 new posts will be created and the college will have a capacity to enrol 40 students every year.