The Opposition demanded that VAT be reduced from 25 to 15 per cent and cess be removed. 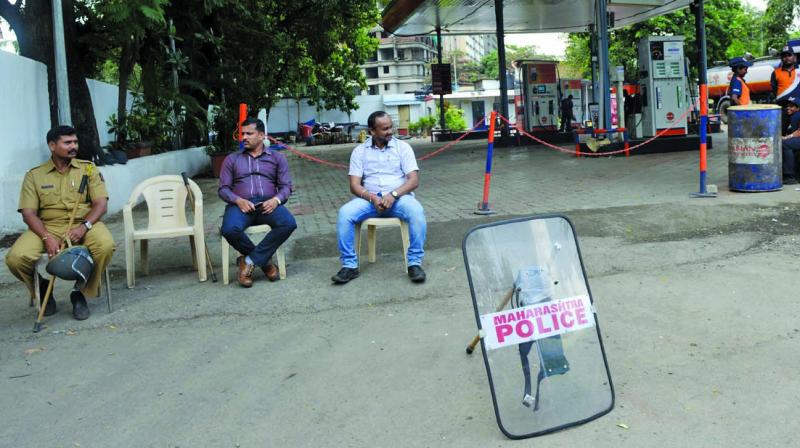 The Opposition demanded that VAT be reduced from 25 to 15 per cent and cess be removed. (Photo: Rajesh Jadhav)

Mumbai: Maharashtra stands eighth and fifth among all the states in terms of taxation on petrol and diesel, respectively, said finance minister Sudhir Mungantiwar.

Other states, which levy even higher taxes on fuel, are not inclined to reduce taxes owing to revenue and opposition pressure on the respective state governments, claimed Mr Mungantiwar.

Meanwhile, the Opposition demanded that VAT be reduced from 25 to 15 per cent and cess be removed. There has been increasing pressure from the opposition and common people to reduce taxes and cess on petrol and diesel imposed by the Union and state governments to arrest skyrocketing fuel prices. With international crude oil prices soaring and the government not putting the brakes on tax rates, its revenue has increased. The state government is facing a financial crunch but the increase in fuel prices has raised revenue by a few hundred crores, said finance department officials.

However, Mr Mungantiwar defended the escalating tax rates saying that other states were levying even higher taxes than Maharashtra for revenue purposes. He said that the opposition was pressurising the Maharashtra government. “Let the Congress and Opposition-led states take steps for reducing taxes and bringing fuel under GST,” he said.

Meanwhile, Congress state president Ashok Chavan demanded that taxes be reduced for controlling prices. NCP spokesperson Nawab Malik clarified, “The state government renamed cess as ‘others’ which was earlier for the drought. State revenue has increased due to increase in basic fuel prices and the state should not reduce tax rates and remove cess to give relief to the common people.”