10,483 unlawful structures pulled down in 12 months

In the drive against illegal constructions, maximum action was taken in the F-North ward. 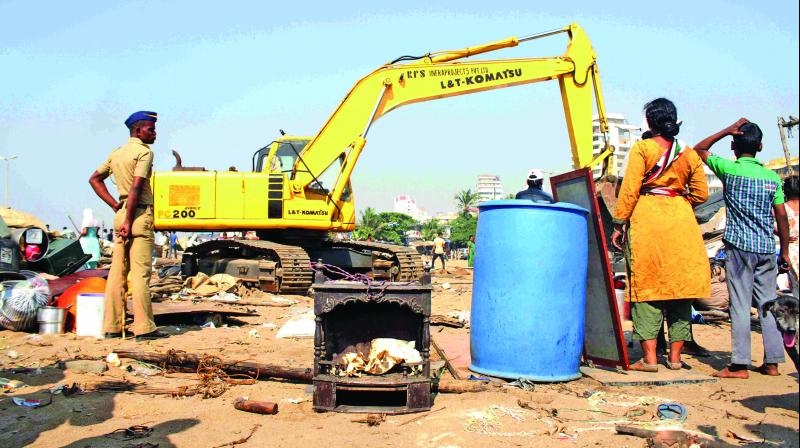 A review meeting is held every month to track the process of demolition in the city.

Mumbai: The Brihanmumbai Municipal Corporation (BMC) has unabatedly continued its action against unauthorised constructions in the city. During the 12-months between April 2016 and March 2017, the civic body took action against 10,483 illegal structures. Of them, 3,384 were residential, 1,221 commercial and 4,768 were slums.

In the drive against illegal constructions, maximum action was taken in the F-North ward - consisting of Sion, Matunga, Wadala, Antop Hill, Chunabhatti - where 1,840 structures were demolished. It was followed by M-West ward (Chembur, Tilak Nagar) and R-North (Dahisar) with 1,190 and 1,095 cases of removal of encroachments.

After taking over the reigns as municipal commissioner, Ajoy Mehta had directed the civic officials to intensify the drive against unauthorised constructions and illegal hawkers across the city. 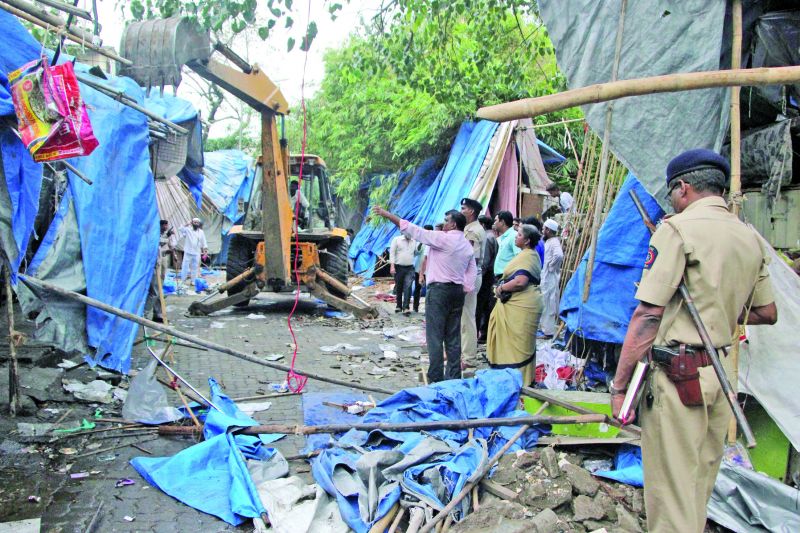 File image of demolition being conducted in a slum.

Accordingly, a review meeting is held every month among the municipal corporation’s seven administrative zones and 24 ward offices to chalk out action plan to remove encroachments.

The assistant municipal commissioners have also been asked to seek help and assistance of civic engineers from other departments for the drive against encroachments. 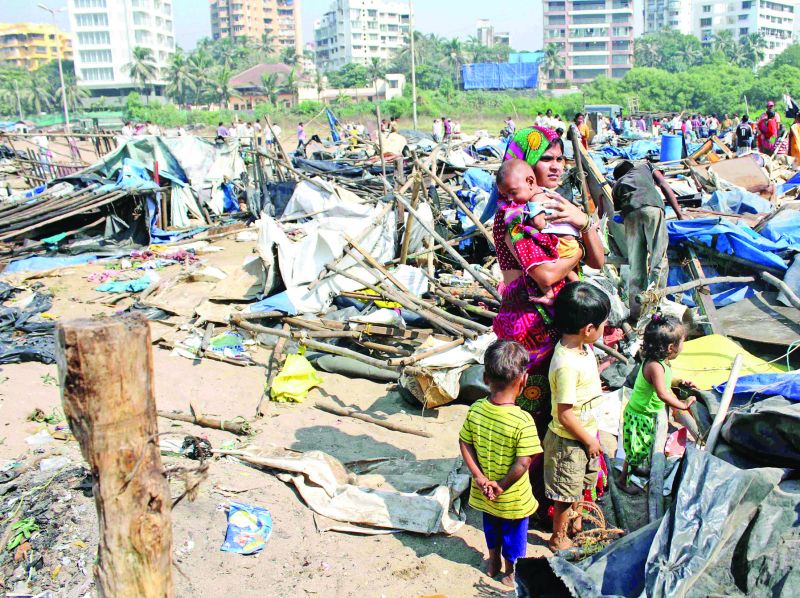 Engineers from other departments, especially from building and maintenance department, have been designated and authorized to remove unauthorized encroachments as well as illegal hawkers in their respective roads.

“We have asked the ward level officials to deal strictly with illegal structures in the city,” said deputy municipal commissioner Ranjit Dhakne (removal of encroachment).