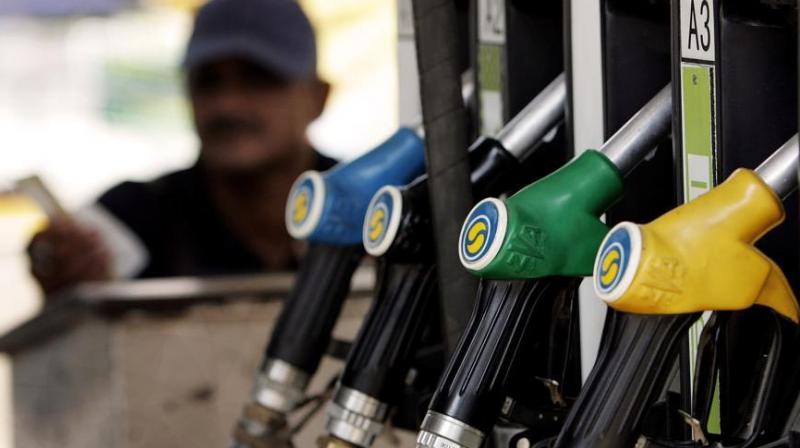 The state will have to bear burden of about Rs 940 crore for reducing petrol prices and about Rs 1,075 crore for the cut in diesel prices.

Mumbai: Responding to the Centre’s appeal to reduce Value Added Tax (VAT) on petrol and diesel, Maharashtra government on Tuesday cut prices by Rs 2 for petrol and Rs 1 for diesel respectively. The revised fuel rates would be applicable from Tuesday midnight.

“We have reduced petrol prices by Rs 2 and diesel prices by Rs 1 to bring some relief for the people. This will put a burden of about Rs 2,000 crore on the state exchequer. The government is ready to bear the additional financial burden despite Maharashtra’s economy not being in good shape,” state finance minister Sudhir Mungantiwar said.

The state will have to bear burden of about Rs 940 crore for reducing petrol prices and about Rs 1,075 crore for the cut in diesel prices.

However, Bharatiya Janata Party (BJP) leaders have supported these taxes by citing the use of revenue generated from them being used for developmental projects.

Looking at the backlash over high petrol prices however, the Centre has slashed tax on petrol by Rs 1.17 per litre. At the same time, the Union finance ministry had asked the state government to reduce taxes. Maharashtra pockets Rs 7,300 crore from petrol taxes and Rs 10,500 crore from diesel taxes.

Maharashtra and Gujarat are the only two states that have reduced the VAT on petrol and diesel. Gujarat has cut the VAT by four per cent.