Shitap said he was innocent and did not carry out any structural changes. 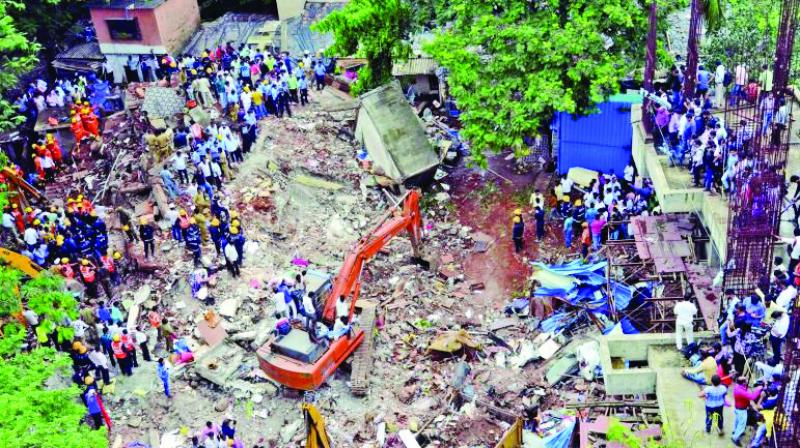 Mumbai: The main accused in the Ghatkopar building collapse, Sunil Shitap, in his bail application filed in the Sessions court on Tuesday claimed that the building was in a dilapidated condition and blamed the BMC for not inspecting it even though more than 30 years had passed since it was constructed.

Shitap said he was innocent and did not carry out any structural changes as alleged in the BMC high power committee report and charge-sheet filed by Parksite police.

The 23-page bail plea filed by Shitap was being heard by judge S. Umar where the Sena strongman claimed that he had a flat on the first floor and was living there too which is why he would never do anything to jeopardise safety of the building.

The application said that there were no police cases against Shitap and he was not guilty for collapse of the building and that he should be let out on bail.

However, senior counsel Sujay Kantawala on behalf of the intervenors said that they had opposed Shitap’s bail plea prior to the charge-sheet being filed and were once again opposing it. Kantawala said, “The high power committee of BMC has, after inspection arrived at the conclusion that the building collapsed after load bearing beams and pillars were removed by Shitap in the ground floor rooms owned by him.”

Kantawala said, “We will also be seeking rejection of bail on grounds that he is known to be a ‘goonda’ in the area and if he is given bail, he will try to threaten and influence the victims’ families.”

In the absence of Shitap’s lawyer, the matter has been adjourned to October 24 when the intervention application of the victims’ families opposing the bail will also be heard.