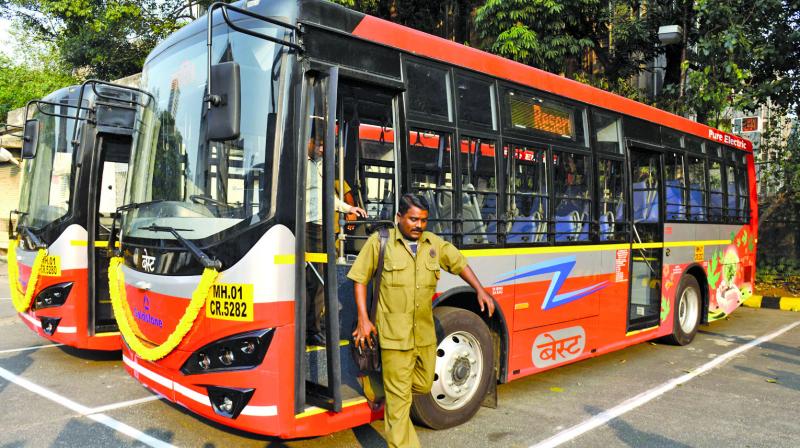 An electric bus can run for 40 hours after being charged. (Photo: Rajesh Jadhav)

Mumbai: Four electric buses, which were brought to the city by the Brihanmumbai Electric Supply & Transport (BEST), have started running on routes in South Mumbai. Another two electric buses will arrive in the city next month. The buses cost Rs 1.65 crore each, which is double the cost of a regular bus. Initially, they are scheduled to ply on routes around Chhatrapati Shivaji Maharaj Terminus (CSTM) and Churchgate station.

Shiv Sena leader Aditya Thackeray, who was present at the launch of the buses at Wadala Depot, has said that BEST should shift entirely to electric buses by 2030. He said, “If you see mostly all the countries in the world even Asian countries like Singapore have begun shifting to electric bus transport.” He also added, “Our aim should also be on the similar lines, and Mumbai city should have a green public transport by around 2030.”

An electric bus will have the capacity to run for 200 km per day. Officials from the undertaking have said that the buses will be initially run on ring-routes in South Mumbai. An official said, “We will be running the buses on routes such as CST to Nariman Point, the 138 Ferry Route and in and around South Mumbai as the charging point is only available at the Backbay depot for now.”