Work on Sion flyover bridge to start from November 25

After the IIT’s structural audit report in September, the MSRDC decided to change the shock absorber bearings. 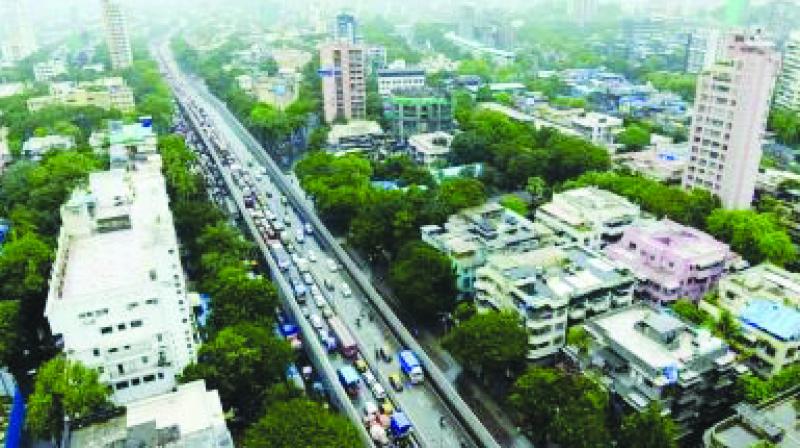 Mumbai: The Sion flyover will be closed for 40 to 45 days as the work to change its shock absorber bearings will begin from Novem-ber 25. The Maharashtra State Road Development Corporation (MSRDC) on Sunday sought permission from the traffic department to shut the flyover for traffic movement.

Primary work for the Sion flyover had started earlier this month. MSRDC is waiting for few more shock bearing absorbers to reach.

An MSRDC officer said that it has asked the traffic department to grant permission to close Sion flyover from the November end. “Flyover will be closed for any traffic movement for 40 to 45 days from November 25,” added the officer.

Since Sunday, Bandra Kurla Complex-Chunab-hatti connector has been thrown open for the public. MSRDC officer said that the connector provides a faster route to the arterial Eastern Express Highway and is expected to greatly reduce traffic jams in the area, which is among the city’s premier business hubs.

After the Indian Institute of Technology’s (IIT) structural audit report in September, the MSRDC decided to change the shock absorber bearings.

The work was supposed to start in April however it got delayed as the shock absorber bearings were not available with the contractor at the time.

An MSRDC officer said, “The shock absorber bearings used in the Sion flyover are made to order, which takes time. A total 140 bearings will be replaced in this work.”

“The first lot of 50 jacks will be received by coming Monday and nearly 50 shock absorber bearings will arrive in Mumbai by October 15. So, the MSRDC is planning to take permission from the Sion police to start work,” he said.

The Sion flyover has been in media reports in the past due to its inferior quality of bearings wher-ein the commuters have pointed out worn-out bea-rings on the flyover. Bea-ring is placed between the piers and bridge to allow controlled movement.

According to a 2011 study, a total of three lakh vehicles pass through Sion daily and it is considered as one of the busiest locations of Mumbai.