Both the railways and the passenger committees have decided to meet every second Saturday every two months. 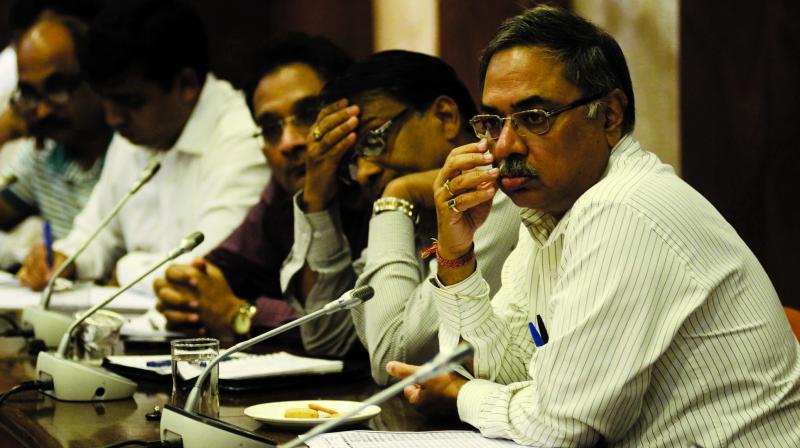 Divisional railway commissioner Ravinder Goyal and other railway officials at the meeting with passenger associations on Saturday. (Photo: Shripad Naik)

Mumbai: Central Railway (CR) officials met with more than 20 representatives of passenger associations and asked them to stop rail-rokos and not participate in any, as seen at Titwala on Wednesday. The passenger associations in turn have asked that they would like announcements of exactly how much time it would take for the railways to restart services during tense situations, as commuters get even more frustrated due to vague announcements.

In a first-of-its-kind effort, CR officials called for all passenger associations, registered and unregistered, to meet with them on Saturday to sort out issues and avoid the increasing amount of rail-rokos taking place due to delayed trains. Vivekananda Kanetekar, a representative from Titwala, said, “At Titwala the people were more infuriated when two mail express trains went past them before local trains even though the latter were running behind schedule. So we would like the local trains to be given preference in these cases”. He further added, “Also if the railways makes announcements that the train is running late but doesn’t give us a definitive time, people are not sure if they should wait for the trains or make alternative arrangements”.

CR divisional railway manager Ravindra Goyal said these suggestions would be taken into consideration but the associations should help talk to the commuters in such a situation and calm them down. “We are not saying that you have incited the rail-roko but that since the commuters on these stations know you, they will listen to you when a similar situation will arise in the future,” he said.

CR has been on edge since a six-hour rail-roko at Badlapur in August led to the transfer of ex-divisional railway manager Amitabh Ojha. Both the railways and the passenger committees have decided to meet every second Saturday every two months.