Security officers suspect this is the handiwork of six rag pickers who are locals of Deonar and Shivaji Nagar. 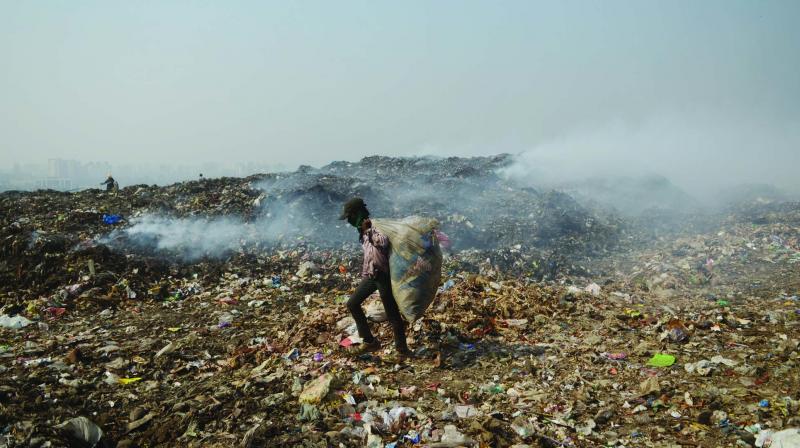 The guards sustained severe injuries and were rushed to Shatabdi Hospital.

Mumbai: Rag pickers are cocking a snook at the Brihanmumbai Municipal Corporation’s (BMC) efforts at keeping them from entering the Deonar dumping ground. Two BMC security guards tasked with keeping rag pickers off the dumping ground were beaten up on Saturday morning simply for doing their duty. Security officers suspect this is the handiwork of six rag pickers who are locals of Deonar and Shivaji Nagar.

The rag pickers allegedly used hockey sticks to attack the guards who were leaving the ground after completing their night shift. The guards, who were attacked around 7am on Saturday, sustained severe injuries and were rushed to Shatabdi Hospital for treatment. Meanwhile, an FIR has been lodged with Shivaji Nagar police station against these persons.

A security official who did not wish to be named said, “The two guards recognised one of the six people who beat them up. He is a local rag picker. We have named him in the FIR. As the security officials had finished their duty, they were not carrying any sticks and whistles for defence.”

He further said that the attack must have continued for about 15-20 minutes till other guards were alerted and came to the rescue of the two being beaten up. The duo sustained injuries on their head, forehead, arms and legs. One of them has a hand fracture and several stitches on his leg, while the other needed stitches above his left eye, along with sustaining a fracture in his leg.

There are around 150 security officials guarding the boundaries of the dumping ground round-the-clock. It is part of their duty to shoo away rag pickers following municipal commissioner Ajoy Mehta’s orders to do so. Security has been tightened around the dump yard after November 25, sources said. However, it is proving increasingly difficult for security officials to deal with locals. About five FIRs have been lodged with respect to this matter with Shivaji Nagar police station in the past two weeks alone.