The mangrove cell has taken cognisance of the issue and directed an inspection on the matter. 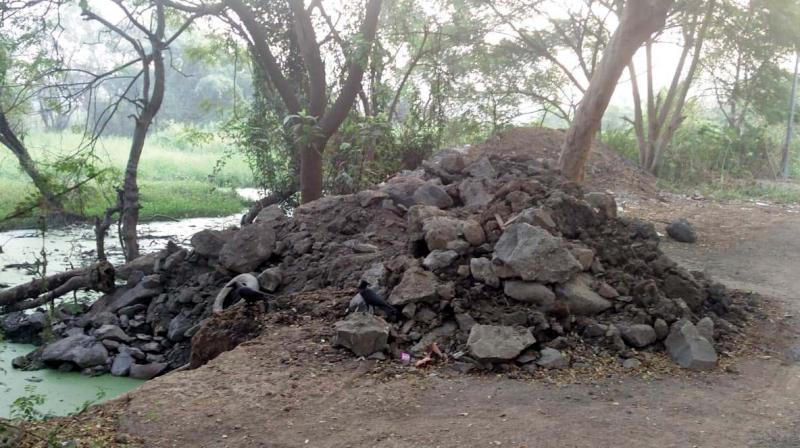 Debris being dumped within 50 meters of the buffer zone.

Mumbai: Residents of Chembur have complained about destruction of mangroves in Chheda Nagar to the mangrove cell. Locals have stated that debris and soil is being dumped within 50 meters of the buffer zone for the mangroves, thus violating the recent high court order.

The mangrove cell has taken cognisance of the issue and directed an inspection on the matter.

Residents of Chembur area via both electronic mail and the toll free number 1926 made the complaint on Monday morning. “Some miscreants were seen dumping debris and putting soil inside the mangroves by the residents. The site is within 50 meters of the buffer zone of the reserved forest. At the site, you can see heaps of soil and debris accumulated, which could eventually dry out the mangroves.

These incidents have been happening during late night hours and have increased over last one month,” said Arvind Chari, the complainant.

Within 24 hours of the complaint through the toll free number, the forest officials reached the site at around 5pm for inspection. “There is also a patch outside Chheda Nagar on the Eastern Express Highway, where trucks have begun to use as parking space, apparently it has been sanctioned, but being a water marsh, seems unsafe for the trucks themselves,” said Deepa Kamath, a resident of Chheda Nagar.

Officials from the state mangrove cell have stated that there have been repetitive complaints from the area.

“Based on the earlier complaints, we had taken preventive measures on the site like digging trenches and putting barricades on the highway side to prevent vehicles from coming inside. However, it seems that there is fresh case of violation now,” said a senior official from the mangrove cell.

Earlier in September, while prohibiting any construction or commercial exploitation of mangroves, the HC said that the state was duty-bound to protect and preserve all mangrove-rich land across Maharashtra.