The Union Budget is likely to be presented on February 1, 2020. 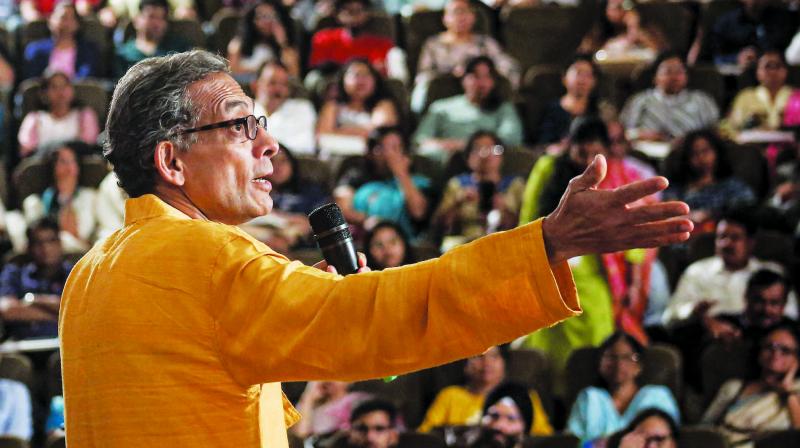 Mumbai: Ahead of the upcoming Union budget, Nobel laureate Professor Abhijit Banerjee on Saturday said that he would not support "fiscal tightening right now."

“Fiscal deficit has been breached by a huge margin already. In that sense, I do not think that it is a big deal to breach it more. I would not be supporting fiscal tightening right now,” he said at a press conference in Mumbai.

The Union Budget is likely to be presented by Union finance minister Nirmala Sitharaman on February 1, 2020.

Meanwhile, answering a specific question on a `3,000 crore reduction in the Central government's education allocations, Prof Banerjee said that education is largely a state subject under the federal structure of India, but stretched fiscal situations are generally "bad news" for the sector as lesser resources will be allocated.

However, he said rather than financial resources, the Centre's focus should be on reforms in human resource development, University Grants Commission and syllabus setting. He pitched strongly for leaving syllabus setting to the individual institutions, rather than making it centralised where boards set the syllabi. There is a need for greater flexibility in the education sector across all aspects, he said, calling the system “very rigid”.

“I think the real issue is not money... the education system is very rigid, too rigid. There's almost no flexibility. Pensions, salaries eat up most of the budget. So it's not that you can change very much. You are always committed to paying those things. It's a rather inflexible system,” he said.

Professor Banerjee, who won the 2019 Nobel Prize for Economics, along with Esther Duflo, for his pathbreaking work on Randomised Control Tests (RCTs), also praised Delhi government schools for "outperforming" their private peers.

He said state agencies have been “generous” with resource allocation for education, which is visible in aspects like teacher salaries and the system, and the focus needs to shift to making them perform better. The comments from the MIT professor come weeks ahead of the Delhi polls.