The forest department will also be collaborating with independent researchers along with the wildlife wardens and other forest staff. 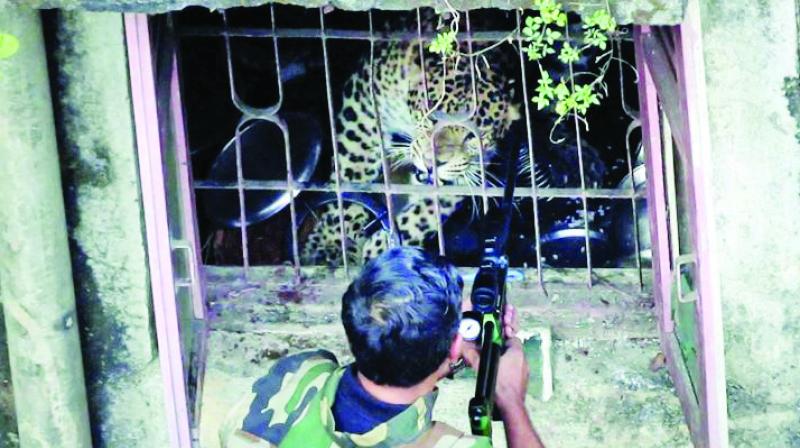 File image of a man-animal encounter in the city.

Mumbai: After the recent census of leopards conducted in the Sanjay Gandhi National Park, the forest department is going to study the hotspots of man-animal conflict in forest areas of Mumbai and Thane outside the national park. Through the exercise, the forest department is trying to determine if there are leopard habitats outside the known areas.

The motive of the exercise is to create a database for the leopards outside the national park to tackle man-animal conflict in a more systematic way in future. The forest department is going to start the exercise in the next two months, which will be completed within the financial year. “We are focusing on the urban forests that is at the periphery of the SGNP in Mumbai and Thane. We have the data on the leopards in SGNP, but we are trying to create a wider database to know the areas prone to man-animal conflicts,” said Jitendra Ramgaonkar, deputy conservator of forest, Thane.

The forest department will also be collaborating with independent researchers along with the wildlife wardens and other forest staff. As of now, the department has not disclosed specific locations where the cameras will be set up. “We do not want to create panic among the people. In fact, in the dense forest areas like Aarey Colony, the tribals have included the leopards in their lifestyle. In the recent survey, it was found that the 21 leopards from the earlier census were not spotted. There could have been a territorial fight between the male leopards or casualties. They could have also moved to other new territories for easy prey. The survey will help us in determining that,” said Nitesh Pancholi, vice-president of NGO TRACK, collaborating in the survey.

The exercise will be carried out with the help of camera trapping techniques, after which the rosette patterns of the leopards will be analysed. The forest department will carry out DNA analysis of samples from the leopard’s droppings to match it with the ones that have been already recorded.

“We have seen cases of human-animal conflict in areas like Mulund and Goregaon. With this, we will be able to know if it is the same leopard venturing out to a specific area, whether it is from the national park, and whether it has its territory outside the park,” added Mr. Ramgaonkar. More than 40 cameras will be used for the exercise.

Fifty seven leopard deaths have been reported in India since January 2018, as per the data by Wildlife Protection Society of India (WPSI). The data reveals that on an average, a leopard death is being reported daily since the beginning of the year, as there were around 34 leopard deaths reported from January 1 to January 29 this year.