The petition said that the flagpole and museum were intended to be a token of gratitude for the contributions of Tilak to the freedom struggle. 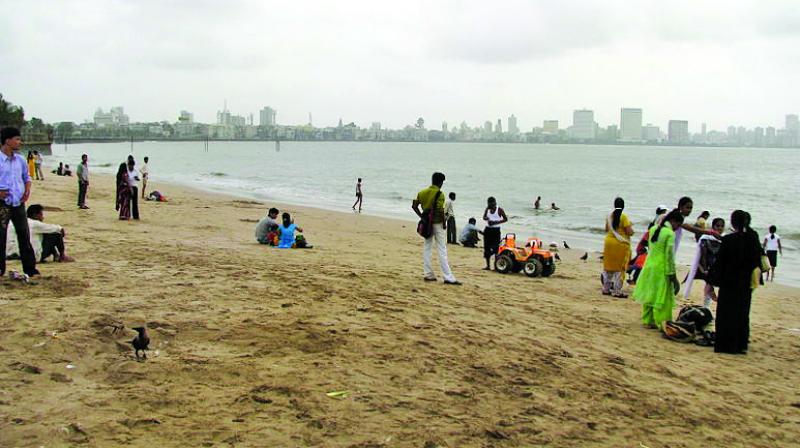 The court had appointed a high power committee to oversee the beautification of Girgaum Chowpatty.

Mumbai: The Lokmanya Tilak Swarajya Bhoomi Smarak Samiti has complained to the Bombay high court that a high power committee appointed by the court to oversee the beautification of Girgaum Chowpatty whether in the form of creating an underground museum in the name of Tilak or putting an arch and a flagpole near the bust of Tilak has been creating hindrances.

The petitioners have claimed that despite getting the go-ahead from all authorities including the Brihanmumbai Municipal Corporation, coastal authority, collector and environment department, the committee is refusing to accede to give permission for erecting a permanent flag pole.

The petitioner through senior advocate Satish Talekar informed the division bench of justices A.S. Oka and P.N. Deshmukh that the three-member high power committee appointed by the high court to oversee the beautification of the Queens Necklace (Marine Drive to Girgaum Chowpatty) had been dallying over permitting the erection of a permanent flagpole and installation of an arch near the memorial of Tilak on the beach.

While making submissions on behalf of the petitioner, advocate Madhavi Ayyapan told the court that even though all concerned authorities had given requisite permissions, it was the high power committee’s adamant approach that was delaying the erection of the permanent flagpole and an underground museum.

The petition said that the flagpole and museum were intended to be a token of gratitude for the contributions of Tilak to the freedom struggle.