Metros   Mumbai  12 Feb 2018  Maharashtra to give uniform fabric to all constables
Metros, Mumbai

Maharashtra to give uniform fabric to all constables

An official said that the move to provide the khaki fabric comes with intent to bring uniformity in the uniform colour. 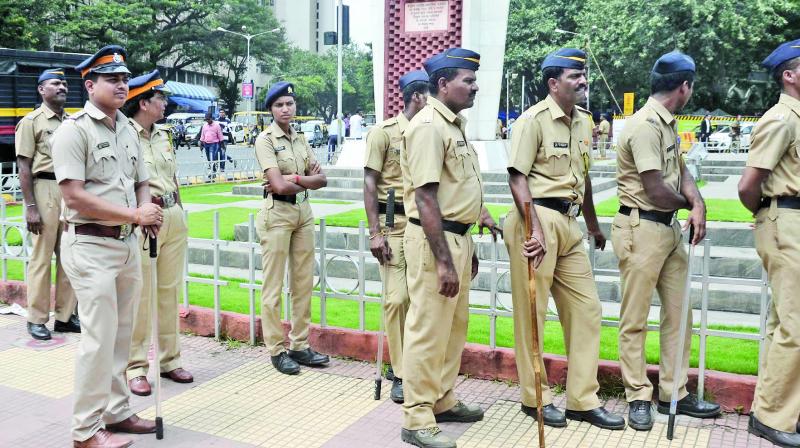 Image used only for representational purposes.

Mumbai: Maharashtra police will now provide the khaki fabric to its all its constables to prevent the colour variation in the uniforms. The fabric that the department intends to purchase will be in the shade of dope-dyed colour. Earlier the police department used to give cash to the personnel to buy the fabric and get the uniform stitched. The plan also includes buying batons for the constables, which the department earlier used to pay the staff to buy for themselves.

An official said that the move to provide the khaki fabric comes with intent to bring uniformity in the uniform colour. The current practice of giving a sum of Rs 5,167 annually to each police personnel to buy the kit, which includes the fabric and batons ended up in having variations in the khaki colour, which was significantly visible during parades and assemblies.

Satish Mathur, Maharashtra director general of police confirmed the development and said, “To bring an end to all this, the police headquarters has decided to purchase the uniform fabric, which would be dope-dyed, and give it to the personnel. The dope-dyed fabric has a shine. This will help bring in an evenness in the police uniforms.”

Similarly, the police will also procure batons for the two lakh constabulary-rank personnel. Earlier, they used to procure the batons from local vendors.

Since the police department will be procuring these two items for the constables, the amount provided to the staff to buy the kit would no longer be given.