The fake ID card mentioned Shah to be a special agent of Interpol’s anti-terrorism division. 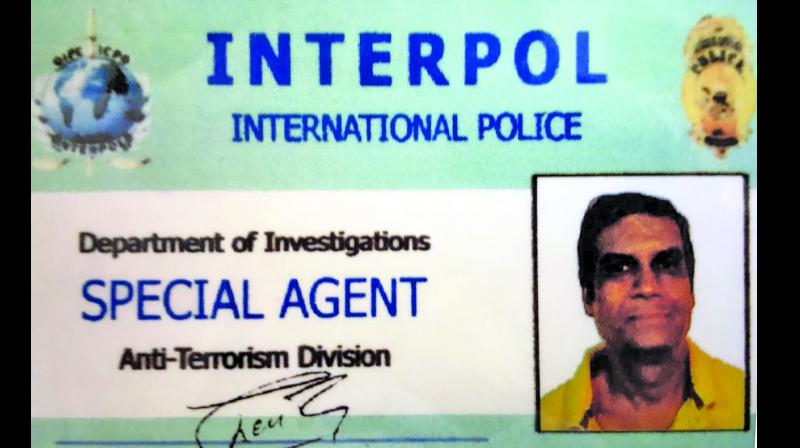 The officials had also served summon to Shah, which was handed over to his family, asking him to appear before them.

Mumbai: The Worli police has arrested a diamond merchant who was booked for impersonation following a complaint by the Enforcement Directorate’s (ED). The case was filed after a fake Interpol identity card was recovered from the laptop of Chetan Shah, the accused, during a raid conducted by the ED. Shah had allegedly made the card in Bangkok. He also reportedly revealed to the police that he had made the fake ID card 12 years ago to attend a friend’s costume party in Bangkok.

Shah surrendered before the Worli police late on Monday. However, the police and the ED will verify his claims pertaining to the fake identity card. It will probe whether he had made the ID card for attending the Bangkok party or for any other illegal activities.

Shah (52), was booked by the police in an impersonation case after the ED found the copy of the fake ID on his laptop during the April 1 raid at his Worli residence. The fake ID card mentioned Shah to be a special agent of Interpol’s anti-terrorism division.

Shah, who is into the business of importing and exporting diamonds, was produced in a court on Tuesday and was let off on bail. The police has also added a new section 66 (C) (identity theft) of the Information Technology Act in the case. Previously, a case under section 419 (cheating by personation) of Indian Penal Code was registered against him, police officials said.

Following the raid on April 1 at his Worli residence, ED officials had seized his laptop and found the copy of the fake ID card on it. The officials had also served summon to Shah, which was handed over to his family, asking him to appear before them.

Sources in the ED said they are waiting for Shah to appear before them for questioning in connection with some irregularities. Further action will be taken accordingly, officials said.