RSS volunteers to kick off ghar wapsi campaign in Maharashtra

The Vanvasi Kalyan Ashram in Karjat is functional and has a reach in almost all the villages in the area. 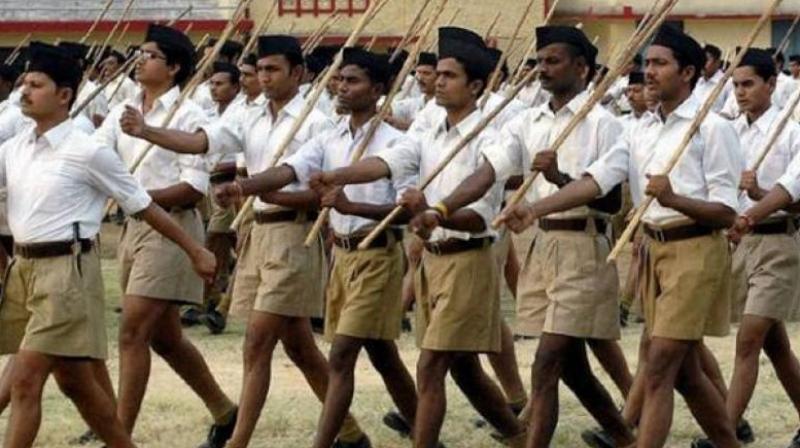 Mumbai: The Christianity-free block campaign is a project of Rashtriya Swayamsevak Sangh (RSS) volunteers and Vanvasi Kalyan Ashram, a RSS-affiliated NGO that works in tribal areas. Under the project, the RSS claimed that it recently got 53 families from five tribal villages in Jharkhand to re-convert to Hinduism. While currently, the organisation is active in tribal belts, it has claimed that it is addressing this issue in Maharashtra as people have been approaching it on their own.

The messages of ghar wapsi have been doing round since Monday evening. Messages sent out to RSS volunteers in Mumbai, read, “At least 53 families in five tribal-dominated villages ‘returned to Hindu fold’ in the last one month as part of the RSS’s ‘Christianity-free’ block campaign in Jharkhand’s Arki. RSS workers along with the members of the Vanvasi Kalyan Kendra went door to door to convince the tribals and also held public meetings to ‘expose’ how the missionaries were taking tribals away from their roots.”

Vanvasi Kalyan Ashrams have a hostel-like facility for tribal students and also has a reach among tribals. Pramod Bapat, the RSS spokesperson in the state, said, “Forceful conversion of tribal to Christianity has been an issue and Vanvasi Kalyan Ashram being is working for tribals. The tribals come and seek help in Maharashtra too. The ashram has been working on this issue.”

The Vanvasi Kalyan Ashram in Karjat is functional and has a reach in almost all the villages in the area. Mr Bapat, however, denied having any such campaign for the time being in the state.

However, another RSS volunteer claimed that Christian missionaries have been targeting tribals as they are poor and hence, the campaign is to visit each house and make them aware of this.