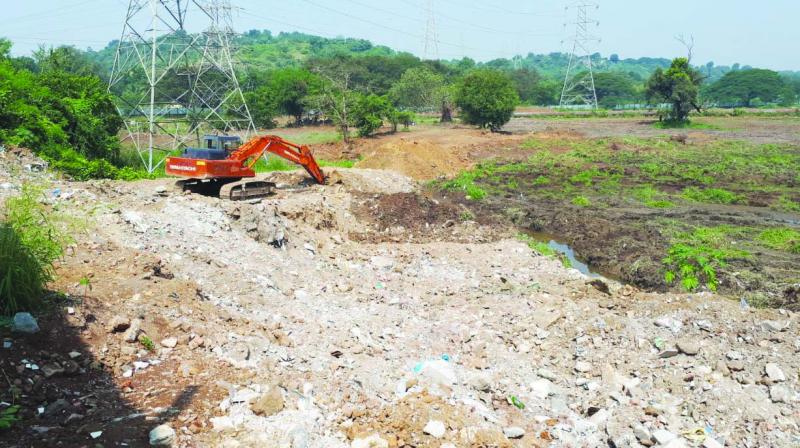 Mumbai: The issue surrounding the proposed car shed for Metro 3 in Aarey Milk Colony has taken an interesting turn with the Mumbai Metro Rail Corporation (MMRC)  denying that it was dumping debris or undertaking any reclamation in the area even though activists claimed to have photographic evidence of the same.

In the latest affidavit submitted by the MMRC to the National Green Tribunal, Delhi on Thursday, it claimed that it has not indulged in dumping of debris, reclamation and felling of trees in Aarey Colony. Activists have cried foul over MMRC’s claims.

However, activists have claimed that there have been instances of dumping of debris in the area. “MMRCL has been dumping debris in the Metro car shed area since July 2017. But they have the audacity to lie in the NGT in their affidavit. Citizens have already filed a complaint with the suburban district collector against dumping debris in Aarey last August and October. MMRCL needs to realise that it cannot fool the public. Citizens have photographs to prove their lies,” said Amrita Bhattacharya, a member of the Aarey conservation group. The Asian Age has a copy of the group’s complaint to the district collector last year on the matter.

However, the MMRC has denied the allegations. “We are carrying out earth filling work, which is not debris dumping. Dumping of debris has never been done by our contractors for any purpose. Our earth filling work is with clean earth, that too only after removing the debris which was earlier dumped by others,” said a MMRC spokesperson.

But activists have asserted that there have been recent reports of debris dumping in the area. “The MMRC’s own application to the suburban district collector shows that they are filling up to 30 feet of earth in Aarey. This will choke the existing trees at the site,” said Zoru Bhathena, a Mumbai-based activist.