One of the important accused in Pansare’s murder, Rudra Patil of Sanatan Sanstha, is yet on the run. 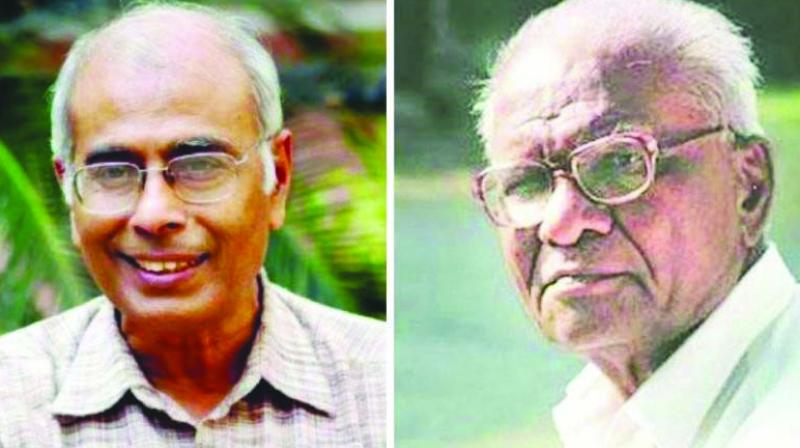 Mumbai: A Special Investigation Team (SIT) of the state Crime Investigation Department (CID) arrested right-wing activist Sharad Kalaskar, one of the alleged common accused in the murder cases of rationalist Govind Pansare and Dr Narendra Dhabolkar on Tuesday. The custody was sought to ascertain Kalaskar’s involvement in murdering Pansare.

The SIT told the court that Kalaskar was in Kolhapur for a substantial period of time just ahead of Pansare’s murder and had been closely associated with Hindu right-wingers there. The investigators have taken him into custody to probe whether the same killers were involved in the murders.

The police took custody of Kalaskar, a native of Aurangabad, from the NIA for questioning him in the case with other accused. The probe focuses on the same conspirators being involved in the case.

The SIT officials told the court that responsibility for the destruction of firearms used in the crime was vested in Kalaskar. The SIT had recorded his statement in the Pansare case in August 2018 based on which the agency has found his alleged involvement in the murder.

“After Pansare was murdered, the firearm was smuggled to Belgaum by two persons identified as Bharat Kurne and Sagar Lakhe. The firearm was to be dismantled and disposed of by Kalaskar. Kalaskar was in Kolhapur at least five days before Pansare was murdered and he was in contact with a few persons there via his mobile phone,” SIT officials told the court while seeking Kalaskar's custody.

The Bangalore police has already chargesheeted Kalaskar in connection with the murder of journalist-activist Gauri Lankesh.

There were similarities in the murders of Pansare, Dabholkar and Lankesh hinting towards the involvement of same individuals or organisations. SIT had earlier arrested Sameer Vishnu Gaikwad, a suspect who allegedly shot Pansare dead.

Based on the arguments before the district court magistrate at Kasba Bawda, Kalaskar was granted police custody of eight days in the case.