The civic body has declared a ‘zero tolerance towards potholes’ drive to ensure pothole-free roads. 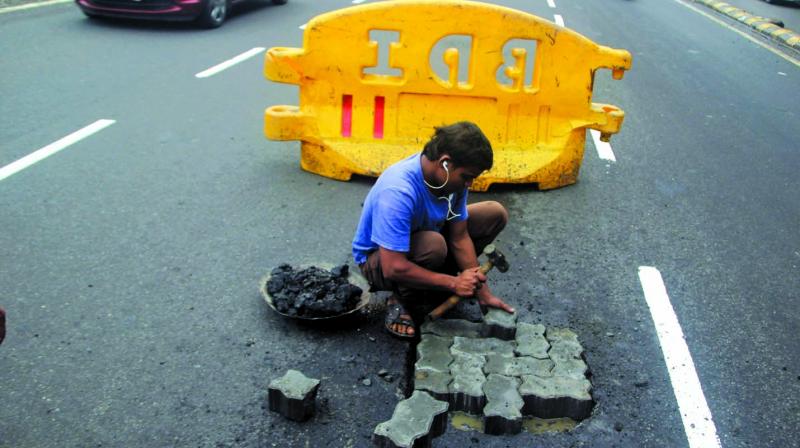 Mumbai: The Kalyan pothole death-like incident is waiting to happen in Mumbai too as city roads are riddled with potholes due to four days of intermittent rains, corporators have warned. Several major roads are pockmarked raising the possibility of such incidents, they added.

The civic body has declared a ‘zero tolerance towards potholes’ drive to ensure pothole-free roads. However, corporators have said the incessant rains have ruined roads in several areas like Ghatkopar, Sion, Jogeshwari, Andheri and other city areas. Due to civic administration’s failure to repair potholes, accidents are likely to happen on these roads. 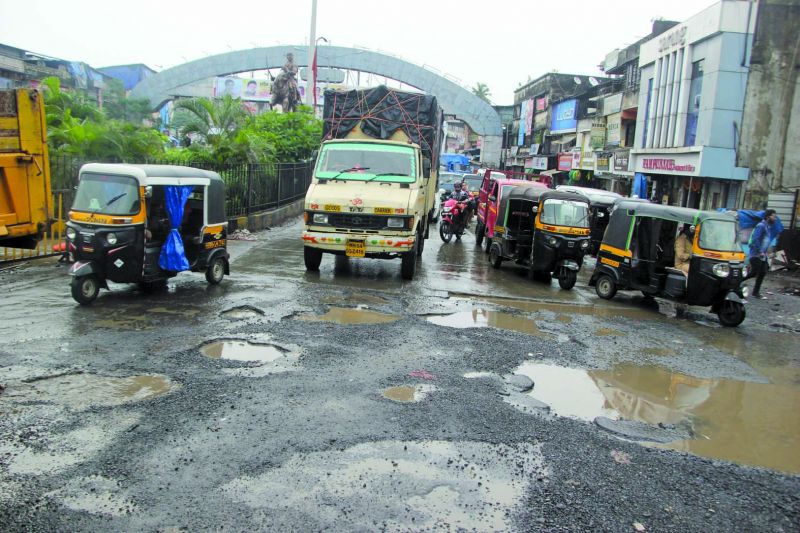 Raising the issue in the civic standing committee meeting on Wednesday, Congress corporator Asif Zakeria from Bandra said that many roads in the city have been washed off due to heavy rains despite repair works being undertaken on them. “In Bandra, St Andrews road, Mehboob studio road junction, Shirley Ranjan roads have been damaged due to substandard repair works. Despite repeated complaints, the civic officials are turning a blind eye towards their repairs,” he said.

Samajwadi party leader Rais Shaikh said, “There are some roads where potholes are seen coming up year after year which indicates that these roads are just not being repaired in the manner they should.” 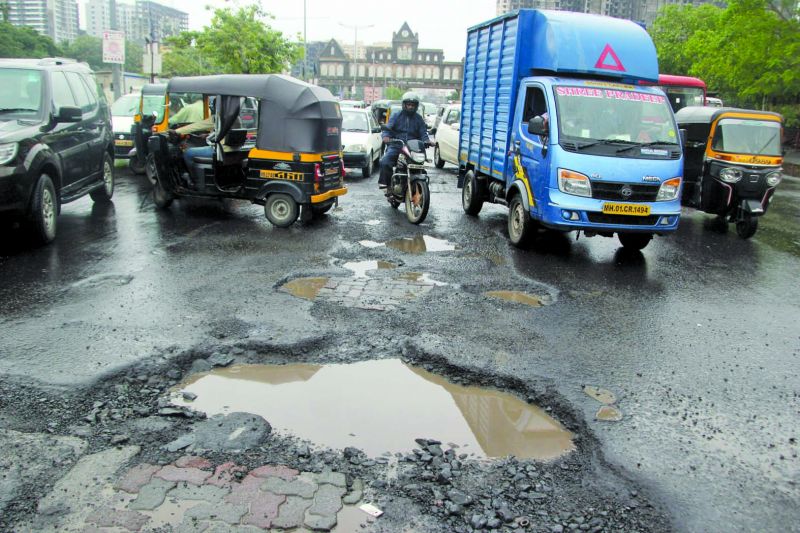 Opposition leader Ravi Raja from Congress demanded that civic officials should be held responsible if any untoward incident like Kalyan happens in the city. “The BMC should file a criminal case against such guilty officials,” he said.

However, the BMC officials said most of the roads where repair works were undertaken have been in a better condition. “About 298 metric tonnes of cold mix which is required for filling in potholes has already been given to wards. We plan to manufacture around 2,500 metric tonnes of mix. We are continuously monitoring the situation and wherever required, action is being taken,” said Vinod Chitore, director of engineering services department. 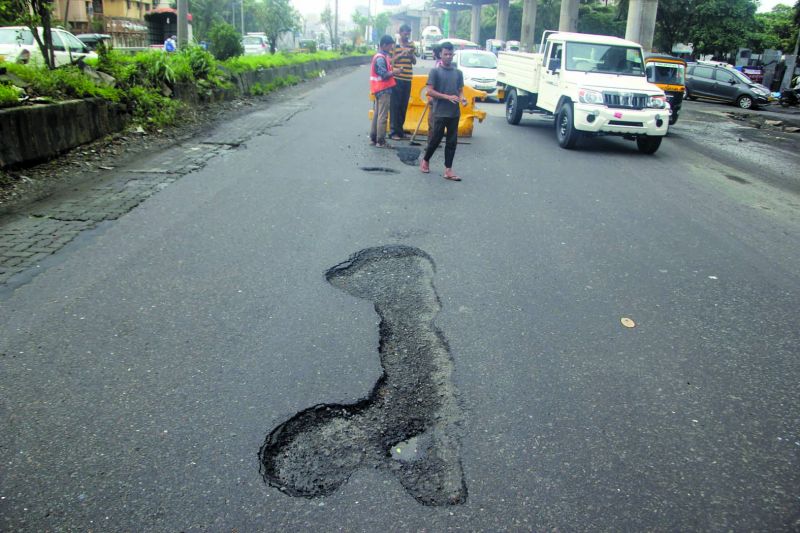 Problem of craters doubles in a week
Four days of incessant rainfall has taken a heavy toll on city roads, which are now pockmarked with potholes. In the last seven days, the number of potholes on city roads has nearly doubled, making life a living hell for pedestrians and motorists. In a week’s time, 364 new potholes have been recorded on city roads.

According to civic data, during the period between June 10 and July 3, the BMC had received 473 complaints of potholes. However, the count by July 10 has increased to a whopping 837, registering nearly a double rise in a week time.

Mumbai has been witnessing heavy rainfall for the last few days, due to which potholes have emerged on majority of city roads. The rains have been almost non-stop giving little time for the civic body to fill potholes. This has resulted in the number of potholes rising manifold.

Out of 837 complaints received relating to potholes, 281 complaints are yet to be attended to. It means that BMC’s roads department has been able to attend only 66 per cent of complaints, leaving 34 per cent unattended so far.

The highest number of complaints (98) was received from the K-East ward (Andheri, Jogeshwari), followed by P north ward (Malad) with 79 complaints. The K-West (Andheri, Juhu) and H-East (Bandra, Santacruz, Kalina) wards have registered 61 complaints each.

A majority of these potholes have developed after the heavy downpour last week. Some of the major roads, where people are facing inconvenience due to craters, include P D’Mello Road, LBS Marg, Babasaheb Ambedkar Road, Bellasis Road, Eastern Expressway etc.