“Upon noticing them, I slowed down my motorcycle and went through that stretch watching them without taking a halt,” said Patil. 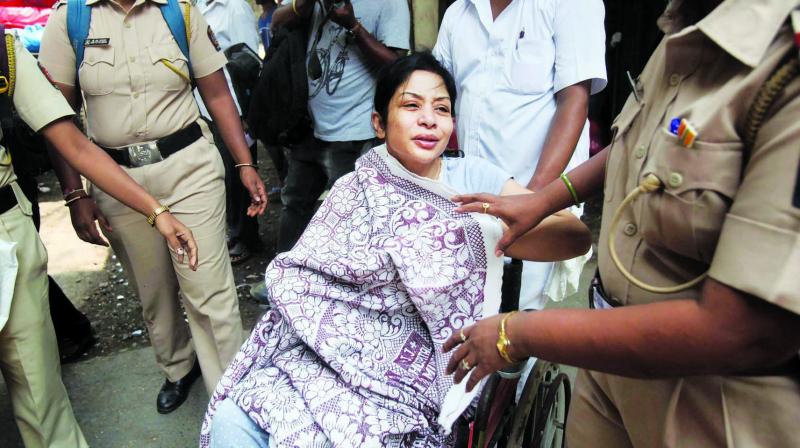 Indrani Mukerjea after being discharged from JJ Hospital. (Photo: PT/FileI

The witness is the sole witness, who happened pass by the spot in Raigad where Indrani, Khanna, and Indrani's then driver Shyamvar Rai were allegedly standing to burn Sheena's body and destroy evidence a day after her murder in April, 2012. His cross-examination would continue on Thursday.

Sandeep Patil, who runs a gym, told the court that in 2012 he had gone to Shiroli area to hire a tempo early in the morning and on his return he saw a car parked at the corner of the road and three persons, including a woman, standing beside the car.

“Upon noticing them, I slowed down my motorcycle and went through that stretch watching them without taking a halt,” said Patil.

He added that in 2015 he had seen a photograph of Indrani in the news over some murder. The news channel was also flashing Khanna’s name. He recollected seeing the three persons on the road while returning from Shiroli and went to Khar police and narrated the entire incident. According to him, the police took him to Arthur Road jail and later to Byculla jail where he identified all three persons whose names were revealed to him later as Indrani Mukerjea, Sanjeev Khanna and Shyamvar Rai.

Patil identified Indrani and Khanna inside the courtroom too. Indrani's defence lawyer Sudeep Pasbola pointed out to the court that it was not mentioned in the statements recorded by the Khar police and the CBI that the witness had slowed down his bike while passing through the stretch where the car was parked and the accused were standing.

Another witness Ajeet Mangilal told the court that he runs a shop in Lonavala and Indrani and Rai had visited his shop in a car and purchased an empty can of 20 litres in 2012. Later in 2015, the police had approached him in connection with the murder case and he gave these details to them. However, he could not give any reason as to how he remembered and identified Rai and Indrani after three years of them having bought the can.