Narendra Mohan Patil, senior police inspector of Khadakpada police station in Kalyan, however, said that no students were harmed by the police. 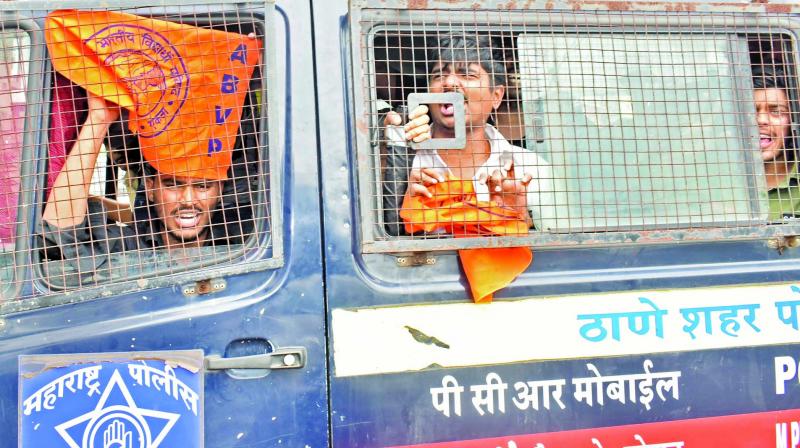 The ABVP alleged that the event had been politicised and that Mr Thackeray is a non-academic figure and unelected leader.

Mumbai: The Akhil Bharatiya Vidyarthi Parishad (ABVP), a right-wing student organisation, claimed that a scuffle broke out between its members and those of the Yuva Sena at the University of Mumbai’s (MU) Kalyan sub-centre on Thursday over the extension of an invitation to the latter’s chief, Aaditya Thackeray.

The MU administration had invited Mr Thackeray as the chief guest at the inauguration of the School of Engineering and Applied Science at MU’s Kalyan sub-centre on Thursday. The ABVP, however, alleged that the event had been politicised and that Mr Thackeray is a non-academic figure and unelected political leader.

Aniket Ovhal, state secretary of the ABVP for the Konkan region, said, “In order to get political mileage in the Student Council election, which is expected to be announced in a month’s time, the Yuva Sena converted the programme into a political event.”

A media coordinator of ABVP said that students and ABVP members protested against the university administration outside the institution during the inauguration.

The ABVP also claimed that students were taken into custody, manhandled and abused by the police at the time of the protest and said this reflected the nature of administration, which was suppressing the voices of students.

Mr Ovhal said, “We demand strict action from the governor of Maharashtra and state government against the MU administration for this political act.”

Narendra Mohan Patil, senior police inspector of Khadakpada police station in Kalyan, however, said that no students were harmed by the police. “We had detained 50 students who were about to begin the protest against the MU’s programme under the provisions of the Bombay Police Act. All of them have been released.”

MU vice-chancellor Subhas Pednekar said that minister of higher and technical education Vinod Tawde and, not Mr Thackeray, was the chief guest but the former could not come because he had “other urgent work”. “We called all those who helped MU to establish and develop Kalyan campus,” said Mr Pednekar.