A massive crowd had gathered in the area on Thursday morning to protest against the BMC’s ‘carelessness’. 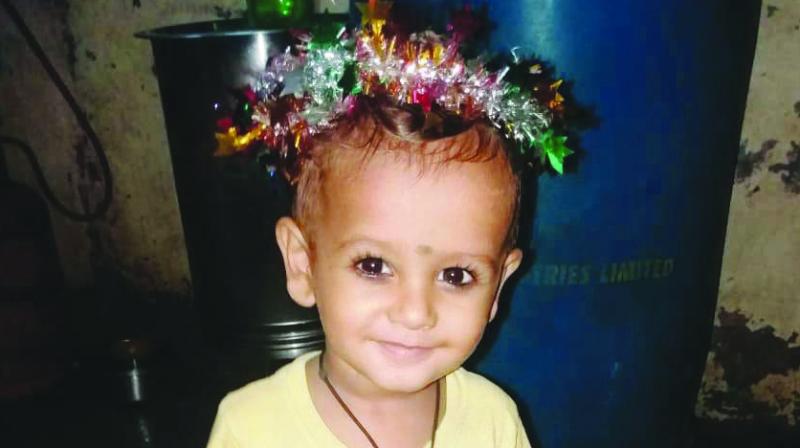 Mumbai: An 18-month-old boy, Divyansh Singh, went missing after falling into an uncovered roadside drain late on Wednesday at Ambedkar Nagar along Goregaon-Mulund Link Road. The child’s mother had raised an alarm after she found him missing from home. Later, footage from a nearby building’s CCTV camera, which captured the child falling into the drain, came to light.

It is presumed that Divyansh must have been washed away into the main drainage system due to the force of rainwater. The incident was reported to the disaster management cell at 10.20 pm and the search operation was initiated by the Brihanmumbai Munic-ipal Corporation (BMC) with the help of local residents. The National Disaster Response Force (NDRF) joined the operation at 5.55 pm on Thursday.

A massive crowd had gathered in the area on Thursday morning to protest against the BMC’s ‘carelessness’.

The child’s father, Suraj Singh, said, “We had asked the BMC several times to cover the drains but in vain. We searched for my child all through the night and the next day while the civic officers relaxed in their air-conditioned homes and offices. I will protest on the highway if he isn’t found soon.” 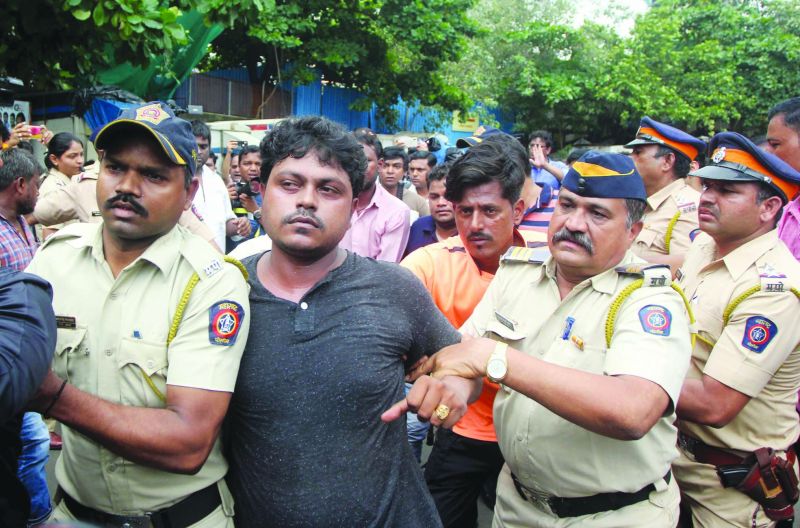 Senior civic officials, however, claimed that locals themselves must have uncovered the drains to prevent waterlogging.

They also claimed that as of June 29, the nullah where the incident took place was cleaned and the staff sealed the open drains with cement covers, and the office had photos as proof.

BMC chief Praveen Pardeshi, on the other hand, admitted that negligence had taken place and added that the matter would be probed.

An activist, Shravan Tiwari, said, “Complains about open drains went unheeded. Locals would put a wooden plank over open drains to avoid mishaps. The civic body has now promised to use a drone to rescue the baby.”

Following the death of Dr Deepak Amrapurkar in the August 29, 2017 deluge, the Brihanmumbai Municpal Corporation (BMC), during hearing of a public interest litigaton (PIL), told the Bombay high court that it had taken precautions to avoid any death due to open drains.

The BMC had said that 85 per cent of the work of installing protective iron meshes over manholes in flood-prone areas across the city had been completed. 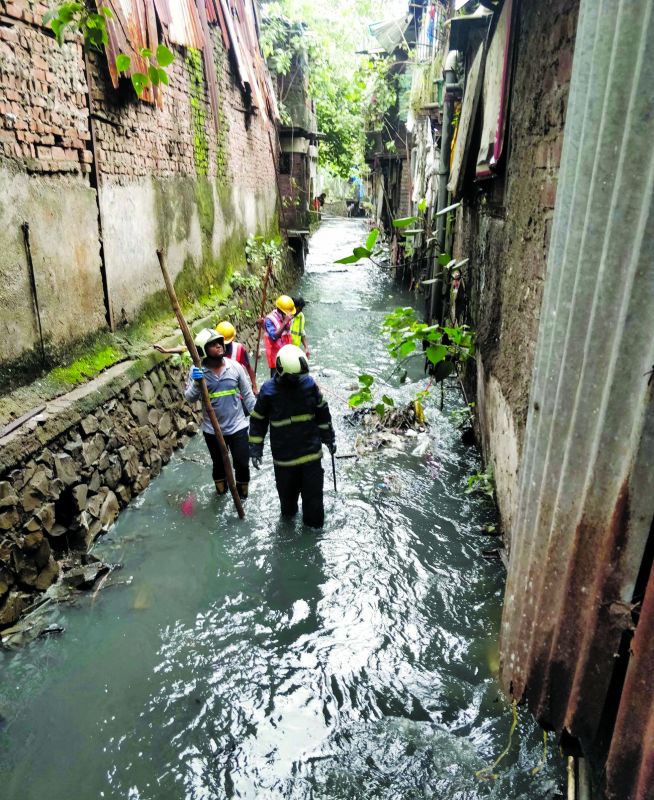 The BMC had said that this initiative was aimed at preventing accidents and deaths of citizens due to falling into open manholes during heavy rains. However, considering the Goregaon incident Wednesday, the BMC’s claims have fallen flat.

The investigation into Dr Amrapurkar’s death had revealed that a few locals had opened the manhole cover to prevent rainwater from entering their homes. At the time, the BMC had warned against opening drain covers terming the action as illegal and had said that only civic staff could open drain covers after putting up a “danger” sign as public warning.

However, in the Goregaon incident, no warning sign can be seen. Additionally, the CCTV can reveal if the drain was never covered or locals opened it to prevent waterlogging.